May 2010: the return of HAPPYSPRITZ@GUGGENHEIM!

After its successful debut in 2009, the Peggy Guggenheim Collection and Aperol invite visitors to HAPPYSPRITZ@GUGGENHEIM, the ‘art’ aperitif, which last year attracted to the museum over 4,000 people who shared a cocktail of culture, music and Aperol in the magical setting of Palazzo Venier dei Leoni. Every Monday in May (3, 10, 17, 24 and 31), from 7pm till 9.30pm, Peggy’s palazzo will open its doors again to young people, as well as the less young, for an evening rendezvous in the name of art, music and spritz. The formula is the same: entrance ticket is 7 euro (free entrance only for holders of the Young Pass–the under 26 Guggenheim membership), the museum is open to be visited, and so is the exhibition Utopia Matters: from Brotherhoods to Bauhaus, each admission qualifies for two free spritz, accompanied by music from the DJ. 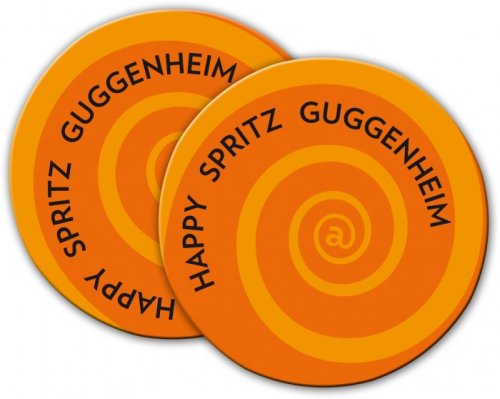 After testing the formula in 2009, Aperol, historic and active member of Intrapresæ Collezione Guggenheim, confirms its support for this event, convinced that this partnership with art and culture is a source of enrichment and a fresh and original context for social exchange in a superb museum environment. “Offering our Aperol Spritz to visitors to the Peggy Guggenheim Collection is a great opportunity for Aperol” – says Francesco Cruciani, Marketing Director for Campari Italia – “and an opportunity for our fans to enhance the fleeting and momentary abandon of the aperitif with a touch of culture and refinement”.

The novelty this year is the participation of MTV as media partner. The project enjoys once again the participation of Senza Titolo | Programma d’Arte e Cultura Contemporanea of Radio Ca’ Foscari, the web based radio of Venice University, that this year offers us ‘Ice Cubes’: sparkling audio contributions on some of the masterpieces of the Peggy Guggenheim Collection – free downloads in MP3 format on the Senza Titolo webpage (blog.radiocafoscari.it/senzatitolo) – every Monday of the month coinciding with the HAPPYSPRITZ@GUGGENEHEIM evenings.

For the five spritzzanti evenings in May, the museum looks forward to welcoming a numerous and lively crowd united by a craving for modern art.