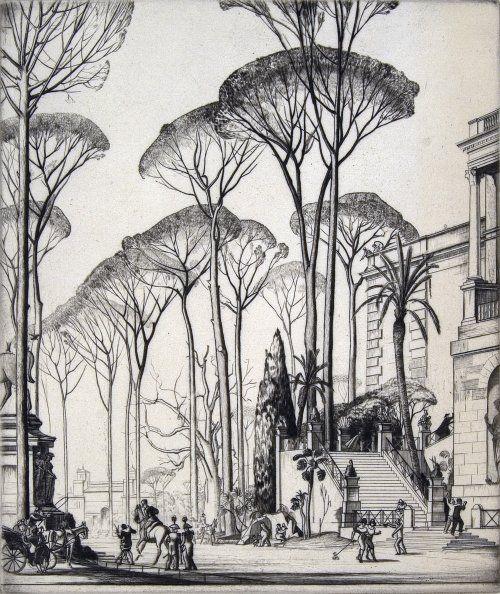 The Delaware Art Museum presents The Pastoral Vision—British Prints, 1800 – Present, featuring more than 20 lithographs, etchings, and woodcuts, on view May 15, 2010 – August 15, 2010. This exhibition explores British printmaking from the 19th century to the present, focusing on landscapes by artists such as James McNeil Whistler, Edward Lear, and Rachel Whiteread. Drawn entirely from the Museum’s permanent collection, with many pieces rarely on view, the selection will provide insights into the changing nature of prints and Britain’s pastoral beauty.

At the end of the 18th century, British land was celebrated for its agricultural production. Thomas Bewick and others recorded the flora and fauna that fostered this natural wealth. In the early 1800s, the followers of the Romantic poet and artist William Blake construed instead the biblical associations of the landscape—the “constant realization of Heaven on earth,” as Edward Calvert’s work was described.

By the mid-19th century, the Industrial Revolution produced new urban centers, drastically changing the relationship between people and the countryside. James McNeill Whistler, Seymour Haden, and others documented this new interaction. Today, the ravages of urban growth are aggressively documented by contemporary artists such as Rachel Whiteread in her Demolition series.

This span of time also reveals fluctuating attitudes and trends in printmaking, as it witnesses two etching revivals. In the mid-19th century, etching plates were popular because images could be captured “on the spot.” Then, in the aftermath of World War I, etching was again the chosen medium in an attempt to revive an earlier, less complicated time, as artists nostalgically returned to the idea of pastoral life.

This exhibition is designed to highlight the wealth—as well as a few of the gaps, waiting to be filled—of the Museum’s holdings in the history of the British printmaking.

Behind the Vault Doors May 2010: the return of HAPPYSPRITZ@GUGGENHEIM!