With the photographic theme Beyond borders Paolo Gotti confronts a complex theme, that of overwhelming limits and barriers, be they geographical, political, cultural, social or just mental. 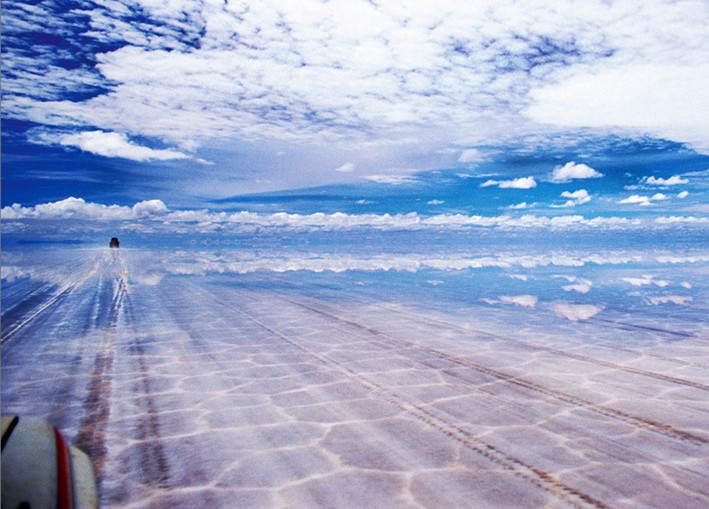 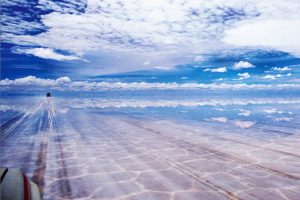 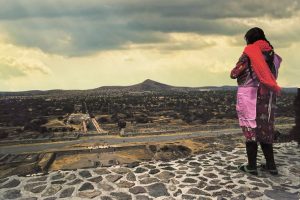 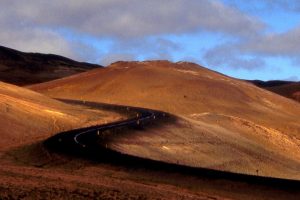 John Donne, the 17th. century poet theologian wrote “No man is an island”. This is even more true today in our always more ultra-connected world, where globalization is changing the balance of the planet. A scenario where borders are a nonphysical line, arbitrary and totally conventional, a line which divides but at the same time unites, which we use to organize our thoughts, give a meaning to things, but also demolish preconceptions and inflexibility.
The crossing of borders is also imposed by the unstoppable desire of knowledge and conquest, in particular in places where the three elements – air, water and land – tend to blend into fragile horizons, exotic and faraway places. From Iceland to Bolivia and Nepal. Deserts of sand and salt, low tides and oceans, roads which disappear behind mountains, which propose another border to cross. The crossing of the sky opens the path to Paolo Gotti, who the pauses in places of endless passages, until arriving in that enclosed or fenced land freed only by the horizon.
Paolo Gotti’s lens also lingers on people, photographed while observing landscapes without actually being part of them, a space which expands to infinity, which can only be sensed but not fathomed. Other subjects of Paolo’s photography are shot while crossing the scene, as in an airport a place of transfer beyond borders. And again in a lost village in the mountains of Nepal, or on a speeding train with a look evoking a deep anxiety or as in the photograph of the smiling sons of the gold miners of Ghana sharing a moment of joy as only children know how to do.