The Kansas City-born photographer David Douglas Duncan, recognized internationally as one of the greatest photojournalists in the 20th century, has given The Nelson-Atkins Museum of Art 161 photographs. Two of the photographs were taken during the Korean War; all the others were taken over a period of nearly two decades at the home of Pablo Picasso.

“This is a most incredible gift from one of the premier photographers of the world,” said Julián Zugazagoitia, Director of the Nelson-Atkins. “I was honored to spend some time in France recently with Duncan and his wife, Sheila. His youthful vigor is matched only by his relentless energy to photograph the world around him.” 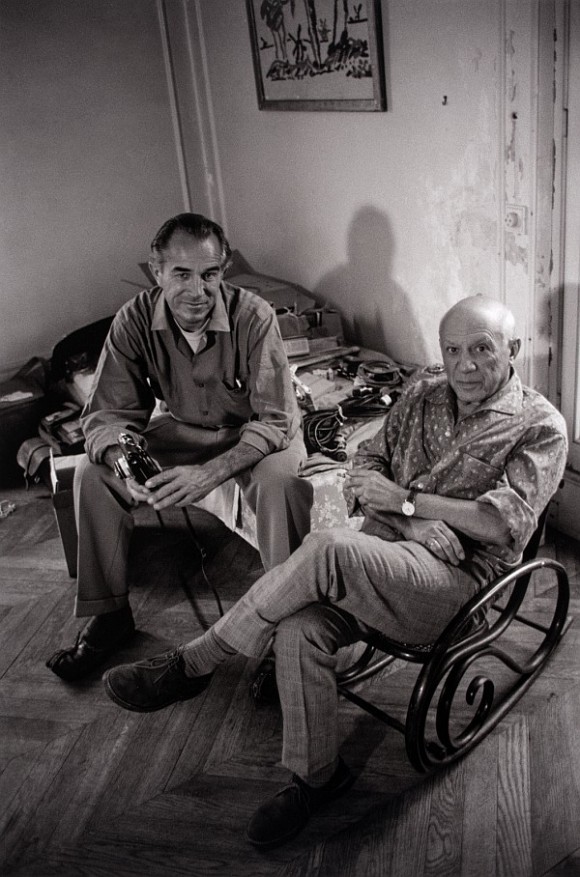 A selection of the Picasso photographs will be displayed in Bloch Lobby from Oct 25, in celebration of Picasso’s birthday on that day, until Jan 26, 2014. To further celebrate the generosity and talented eye of Duncan, the Nelson-Atkins, in collaboration with the Kansas City Public Library, will offer visitors a free copy of Duncan’s magnificent autobiography, Photo Nomad. This gift to the community is a small gesture marking Duncan’s lasting legacy. The books will be available on a first come, first served basis.
The 97-year-old Duncan, raised in Kansas City, has lived in a small village in the south of France since the mid-1950s. His interest in photography began at an early age and continued as he embarked on a career as a freelance photojournalist after studying at the University of Arizona and the University of Miami. Duncan’s early work was published in The Kansas City Star, Life and National Geographic magazines and on Hallmark greeting cards.

“Duncan is one of the genuine legends of American photojournalism,” said Keith F. Davis, senior curator of photography. “His work has a true ‘War and Peace’ range; from his gritty records of combat to his highly intimate and often playful images of the 20th century’s greatest artist. He has been a witness to much of the essential history, and something of the very soul, of the modern century.”

A key phase of Duncan’s career began when he joined the U. S. Marine Corps just after Pearl Harbor. He earned an officer’s commission and became a skilled and courageous combat photographer. Stationed in the Pacific theater of the war, Duncan recorded many historic subjects, including the invasion of Okinawa and the Japanese surrender on board the USS Missouri.

On the basis of this work, Duncan was hired by Life magazine. In the years that followed he traveled steadily, recording such newsworthy events as the end of the British Raj in India and conflicts in Turkey, Eastern Europe, Africa and the Middle East.

Duncan achieved a new level of renown for his brilliant photographs of the Korean War. As a former Marine, he had a deep understanding of the ordinary soldier, and produced a uniquely powerful record of that difficult and ambiguous conflict. His book This is War! (1951) remains one of the true classics of modern war photography. His equally acclaimed Vietnam photographs were published in Life and in two of his own books, I Protest (1968) and War Without Heroes (1970).

Duncan’s great body of Picasso photographs was made between the wars. The photographer first met Picasso in 1956 and was immediately welcomed into the artist’s household as both a friend and colleague. Duncan made repeated visits to the Picasso household over many years, and produced thousands of revealing images of the artist and his family. Duncan’s first book of Picasso images, The Private World of Pablo Picasso, was published in 1958, and was ultimately followed by at least half a dozen more.