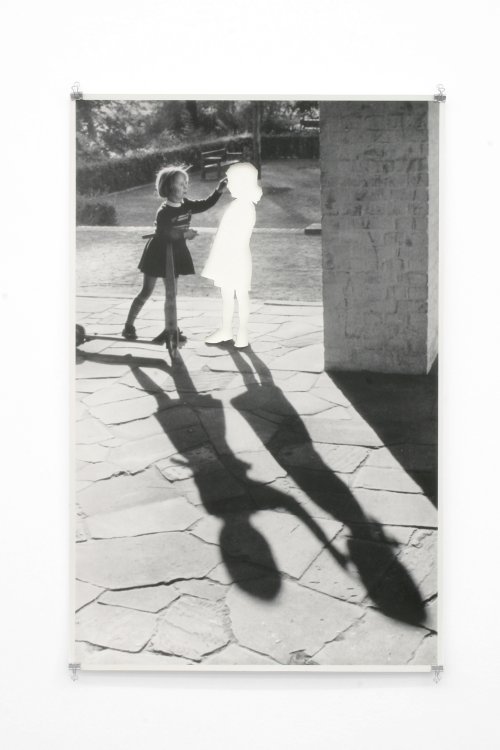 Hans-Peter Feldmann was born in Germany in 1941, lives and works in Düsseldorf. He has produced a vast amount of works during the last forty years. Feldmann is widely recognised for his conceptual approach to books, photography, found images and other material.

Feldmann was part of the group exhibition Ögon-Blickar/New Media I at Malmö Konsthall in 1975, in which Feldmann presented a modest selection of his small handmade books – later to be recognised as his signature work – entitled Bild (Picture) or Bilder (Pictures). Now, 35 years have passed and it is a true pleasure to be able to present Hans-Peter Feldmann at Malmö Konsthall again; this time with a variety of photographs, paintings, sculptures and installations.

It is impossible to capture the amount of images Feldmann has collected from magazines, books and with his own roving camera. The book is the format that brings structure and order to Feldmann’s shuffled deck of images such as knees of women, shoes, chairs, unmade beds, bicycles and portraits. Feldmann recognises the problematic nature of pictures and art in a culture constantly bombarded by images. Feldmann does not discard either mass produced or amateur photographs; on the contrary, he embraces them in his work as if they were his own and offers them equal value. By embracing, accepting and placing images of common objects, monuments, situations and appearances in series, Feldmann at once neutralises and relates them, creating a tension between their similarities and differences.

In Hans-Peter Feldmann’s work Schattenspiel (ShadowPlay, 2002) he places found toys, souvenirs, ornaments on slowly revolving platforms. Simple spot lamps project their shadows cyclically carouselling across the back wall. The figures weave in and out of each other, morphing into one another in perpetually shifting combinations, creating a magical world of shadow. Feldmann does not attempt to hide the found objects, turntables, electrical cords or spotlights, but as with the books he uses simple tricks, and displays what he has found and gives the found a new life.

The catalogue Another Book is co-produced with the European institutions Parasol unit (London) and Museo Nacional Centro de Arte Reina Sofía (Madrid). The three Feldmann exhibitions in Malmö, London and Madrid are not travelling exhibitions, but the book is however the vital link and turning point, as in many of Feldmann’s other projects and works.