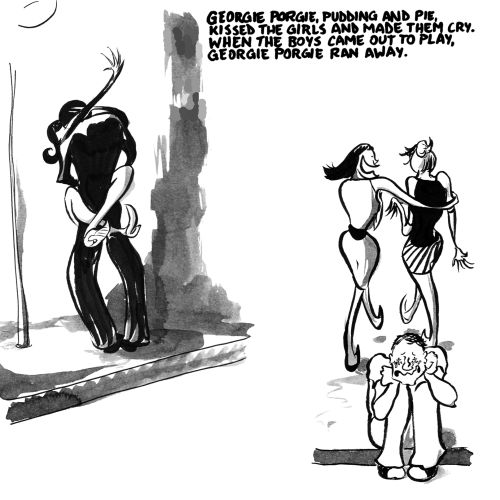 Amy Martin is a cartoonist from Chicago who now lives in San Francisco. She has been self-publishing comic books since 2004, and has completed twelve books. She is the creator of The Single Girls, Bachelor Girl, and The Girls Are Mighty Fine. Her characters are girls who mainly discuss their hang-ups, dates, and occasional moments of jubilation. Her work deals in large part with women and the ways they treat each other, how the relations between them can be either friendly or full of conflict. Martin draws inspiration from her own life and friends, and creates witty comics that are adorable yet provocative.

Funny and lively, Martin’s work also draws attention to how this type of woman really isn’t represented in comics from the female perspective.