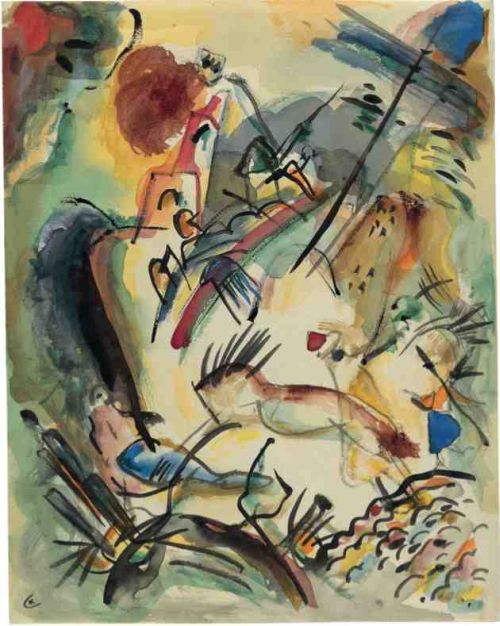 Over the past 45 years, Richard Gray, one of America’s foremost modern and contemporary art dealers, and his wife, art historian and author Mary Lackritz Gray, have gathered a remarkable collection representing seven centuries of creativity. On September 25, 2010, the Art Institute of Chicago will present the first-ever exhibition of their collection. Gray Collection: Seven Centuries of Art, on view through January 2, 2011, in the Richard and Mary L. Gray Wing (Galleries 124-127) of the museum, features 121 works from the 15th through the 21st centuries–from Francesco Salviati through Vincent van Gogh and David Hockney–and includes a generous promised gift of nine works to the museum’s Department of Prints and Drawings.

“One of the great pleasures of working at the Art Institute is the opportunity to work with collectors such as the Grays,” said James Cuno, President and Eloise W. Martin Director of the Art Institute. “Richard’s pre-eminence as an art dealer and Mary’s knowledge as an art historian make their collection truly significant in terms of its depth, quality, and range. We are deeply grateful for their generosity to the museum and for their willingness to share this landmark collection with the public.”

The range of the collection begins with Francesco Bonsignori’s late-15th-century portrait of an old man. Through drawings by such artists Perino del Vaga (follower of Raphael), Annibale and Ludovico Carracci, Guercino, and Salvator Rosa, viewers can witness the transitions from the High Renaissance to Mannerism, the Baroque, and beyond in Italy. The focus of the collection shifts from Italy to France in the 17th century with the drawings of Nicholas Poussin, Charles-Antoine Coypel, Fragonard, David, and Ingres, among other artists. Many of the works in this section of the exhibition are portraits, academic studies, and military subjects. Poussin’s Studies after Andrea Mantegna, Giulio Romano, and the Antique from 1635/40 (a promised gift to the museum) is mostly likely one of the artist’s largest surviving sheets and a very rare example of his graphic production. Géricault, Delacroix, and Daumier are all represented here, as are Degas, Odilon Redon, and several luminous studies by Georges Seurat, whose masterpiece A Sunday on La Grande Jatte–1884 is one of the signature works of the Art Institute.
The Gray Collection is rich in the works of the Post-Impressionists and early modernists, and the exhibition includes a landscape study by Vincent van Gogh and a small oil portrait from 1883/85 by Cézanne of his future wife. It also boasts seven drawings by Picasso, four by Matisse, and two memorable watercolors by Kandinsky that demonstrate both his energetic abstraction and his calculating geometric precision. From the organic ethereality of Miró and the robust volumes of Léger the exhibition moves to post-war artists in the United States, including several Woman studies by de Kooning, a brash charcoal-and-ink representation of Chicago by Franz Kline, and portraits by Richard Diebenkorn, Alex Katz, and David Hockney.

The private collection of the Grays has been formed over more than half a century. Their first work on paper was a Paul Klee lithograph received as a wedding present in 1953; ten years later, the Richard Gray Gallery was founded, exposing the couple to a much more encyclopedic view of art, as Mr. Gray helped major museums and private individuals form their collections.

Gray Collection: Seven Centuries of Art is complemented by a full-color, fully illustrated catalogue published by the Art Institute of Chicago and distributed by Yale University Press. Suzanne Folds McCullagh, exhibition curator and the Anne Vogt Fuller and Marion Titus Searle Curator of Earlier Prints and Drawings at the Art Institute, presents a brief introduction to the collection, followed by detailed entries by more than 50 experts on the various works. Lawrence Weschler’s interview with Richard and Mary Gray sheds light on the personalities who built the collection and the motivation behind its formation, and an essay by drawings scholar François Borne offers a penetrating perspective on the art of drawing. The publication, designed by Massimo Vignelli, is a testament to the renowned aesthetic eye of the collectors. Gray Collection: Seven Centuries of Art is available at the Art Institute’s Museum Shop for $50.00.