Norton’s Monet in Major Exhibition at the Grand Palais, Paris

The Norton Museum of Art is pleased to announce its participation in the first major exhibition of Claude Monet’s work in over 30 years, taking place at the Grand Palais in Paris from September 22, 2010 to January 24, 2011. The extensive exhibition will display over 200 paintings from international museums, including the Norton’s revered Monet, The Moreno Gardens at Bordighera. 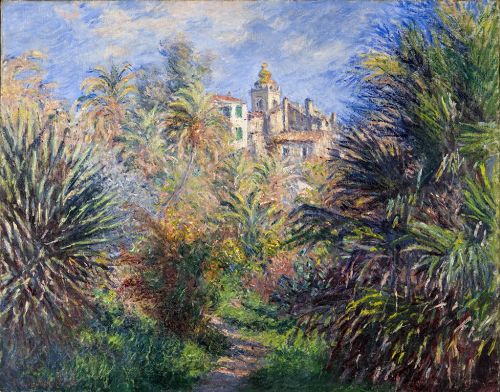 In December of 1883, Monet traveled to France’s Mediterranean coast with Pierre Auguste Renoir and visited Paul Cézanne at his home in Aix-en-Provence. The natural beauty of the region inspired Monet, and the following month he returned to focus upon his art. He settled in the Italian town of Bordighera for ten weeks, where he produced thirty-eight paintings. The Norton’s painting depicts the gardens of landowner Francesco Moreno, who welcomed Monet. The Norman painter considered the gardens a “pure fairyland”; indeed, historians credit Monet’s experience in Bordighera as the impetus for his own gardens at Giverny, as well as later painting excursions to Antibes (1888) and Venice (1908).

This extraordinary exhibition will trace the 19th century painter’s long career, starting with his early landscapes in Normandy and the Paris region from the 1870s through to the iconic and well known depictions of his garden and ponds in Giverny.

Following a major Picasso show at the Grand Palais in 2008 that attracted 784,000 visitors, the Monet exhibition is predicted to attract in excess of half a million visitors.