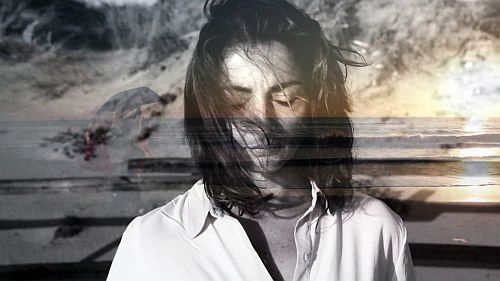 Self-portraits. Women in Italian contemporary art a broad-ranging, comprehensive collective show dedicated to the relationship between women and art in Italy in recent decades will be inaugurated at the MAMbo on 11th May.
In comparison with other contexts (and with the United States and Britain in particular), Italy presents an anomaly: between the end of the 1960s and the 1970s, there was no development of an art explicitly connoted as feminist, and nor of a critical debate confronting art and feminism. Despite this, it is possible to find numerous traces of a widespread move to give significance to gender difference in Italy too, and this is documented in the exhibition through a wide range of positions and practices.
The theme, proposed by Uliana Zanetti and developed by a section of the MAMbo’s female staff, some of whom adopting a new role for the occasion, has stimulated the interest of established women artists, critics, scholars and directors of Italian museums who have taken part in the initiative. Their collaboration has taken various forms of research and divulgation – exhibitions, seminars, video interviews, publications – developed in a process of continuous comparison between the participants.
The exhibition will present the works of established artists, for the most part produced for the occasion and referring to the different thematic areas developed by Emanuela De Cecco, Laura Iamurri, Arabella Natalini, Francesca Pasini, Maria Antonietta Trasforini and by the museum’s work group. These will be joined by the sentimental contribution dedicated to Maria Lai by Cristiana Collu (director of the MART di Rovereto), and by the curatorial contribution of Letizia Ragaglia (director of the Museion of Bolzano). The a.titolo association, comprising Giorgina Bertolino, Francesca Comisso, Lisa Parola and Luisa Perlo, will be taking care of the production of a work by Anna Scalfi Eghenter commissioned especially by the MAMbo as part of the New commissions project. The overall development of the project has also profited from the contributions as to theory of Federica Timeto.
The artists who have confirmed their participation so far are: Alessandra Andrini, Paola Anziché, Marion Baruch, Valentina Berardinone, Enrica Borghi, Anna Valeria Borsari, Chiara Camoni, Annalisa Cattani, Alice Cattaneo, Daniela Comani, Daniela De Lorenzo, Marta Dell’Angelo, Elisabetta Di Maggio, Silvia Giambrone, Goldiechiari, Alice Guareschi, Maria Lai, Christiane Löhr, Claudia Losi, Anna Maria Maiolino, Eva Marisaldi, Sabrina Mezzaqui, Marzia Migliora, Ottonella Mocellin e Nicola Pellegrini, Maria Morganti, Margherita Morgantin, Liliana Moro, Chiara Pergola, Letizia Renzini, Moira Ricci, Mili Romano, Anna Rossi, Elisa Sighicelli, Alessandra Spranzi, Grazia Toderi, Sabrina Torelli, Traslochi Emotivi, Tatiana Trouvé, Marcella Vanzo and Grazia Varisco.
While delineating the main markers in what is a vast and important panorama, the event does not aim to offer an exhaustive survey of Italian woman artists, who fortunately are numerous and often of the highest quality, but simply to present significant examples of the operative, methodological and discursive innovations introduced, developed and distributed thanks in part to some of them. Far from aiming to celebrate a genre, the intent of Self-portraits is to identify new tools of analysis and narration to give a more comprehensive picture of the richness of the contributions and stances that nourish the vitality of today’s art, aware that the connotations of gender are a considerable element in the formation of social and symbolic dynamics characterising their presence on the public scene.
The constant reference to the culture of difference has marked out the working group’s methodology. From feminism, the group drew a willingness to undertake a continuous self-reflexive interrogation, assigning importance to a reciprocal recognition between women, to a collective elaboration fed from taking oneself as a starting point, to the choosing of notions of desire and care as horizons governed by political activity. In this sense, the aesthetic dimension becomes a connective element between theory and practice, culture and politics, and the museum takes on a role as motor of relations.
During the development of the project, which remained without title for a while, a considerable number of methodological analogies with the reflections of a leading figure in militant Italian feminism progressively emerged: namely, with Carla Lonzi (who was also an art critic, albeit with a deliberate sense of remove from the subject). Her Autoritratto, published in 1969, led to choosing the first part of the exhibition’s title. This has been flanked by another quotation, in tribute to Griselda Pollock and her Differencing the Canon. Feminist Desire and the Writing of Art’s Histories (1999).

On the Move Lewis Hine