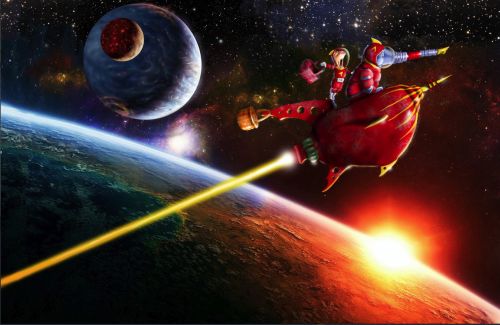 The Cartoon Art Museum is pleased to present From Bloom County to Mars: The Imagination of Berkeley Breathed, a retrospective exhibition covering the Pulitzer Prize-winning artist’s career from his beloved comic strip Bloom County to the upcoming Disney film Mars Needs Moms, based on his children’s book of the same name. The exhibition features a comprehensive look back at Bloom County as well as Berkeley Breathed’s children’s books and movie projects, including material from Secondhand Lions and Flawed Dogs.

Celebrating the cultural impact of this remarkable comic strip, IDW Publishing has teamed up with Breathed for the first complete and chronological collection of Bloom County. The first three volumes of Bloom County: The Complete Library are currently available at fine bookstores everywhere, with release of the fourth volume coinciding with Breathed’s appearance at San Francisco’s WonderCon, one of the nation’s largest comic book and pop culture conventions. Each volume features the many quirky citizens of Bloom County—such as Opus, Bill the Cat, and Milo Bloom—while projecting Breathed’s uncanny ability to be both cynical and naïve, often at the same time.

Robert Lazzarini at Modern Art Museum of Fort Worth Elizabeth Hurley: Vice President for Development at Art Institute of Chicago