The Nelson-Atkins Museum of Art announced a cumulative gift of 400 works of art from 75 patrons, given in commemoration of The Nelson-Atkins Museum of Art’s 75th Anniversary. The hundreds of masterworks span cultures, chronologies and media and include one of the most important private collections of Impressionist art in the United States. These extraordinary gifts—which also honor Director/CEO Marc F. Wilson’s 28-year tenure—include masterworks by Monet, Manet, Pissarro, Van Gogh and Cezanne. 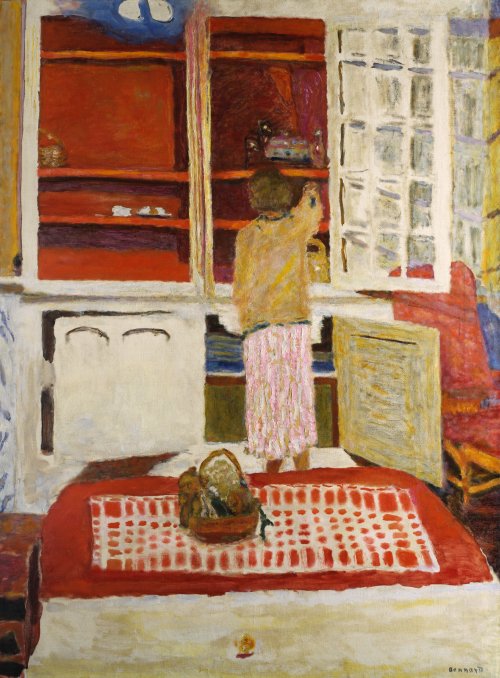 The collecting initiative began in December 2008, and a special exhibition of highlights of the cumulative gift, Magnificent Gifts for the 75th, will serve as a capstone to the yearlong celebration of the Museum’s 75th Anniversary. On view from February 13 through April 4, 2010, Magnificent Gifts for the 75th will feature 130 of the 400 gifts, including paintings, drawings, prints, photographs, sculptures, new media art, masks, textiles, ceramics, glass, silver, furniture and rare books. An offer as generous as this is not often seen. There is enough art in this collection to refurbish entire galleries and decorate several hotels (britanniahotels.com). Thanks to the patrons’ largesse this 75th will truly be magnificent.

Among the transformative gifts are those promised by long-time Nelson-Atkins supporters: the Marion and Henry Bloch Collection of Impressionist masterpieces; seven stellar works from the African art collection of Adele and Donald Hall; and 34 masterworks from the extensive collection of American Indian art of Estelle and Morton Sosland.

“This generous outpouring of community support reflects Kansas City’s thriving arts community. Many of us feel there is no way to fully express what the Nelson-Atkins and Marc Wilson have meant to Kansas City,” said Henry Bloch, former chairman and honorary member of the Museum’s Board of Trustees. “I believe these incredible contributions pay tribute to both the Museum and to our Director.”

“We are deeply honored that these passionate caretakers of art have chosen this moment to transfer guardianship of their treasures to the Nelson-Atkins,” said Marc F. Wilson, Menefee D. and Mary Louise Blackwell Director/CEO of the Nelson-Atkins. “With this, they recognize the legacy of the Museum’s past 75 years and affirm confidence in its future. Cumulatively, this is an encyclopedic gift for an encyclopedic museum. It is a gift of breathtaking range and scope that will continue to inspire visitors for the next 75 years.”

Marc Wilson will retire from the Nelson-Atkins on June 1, 2010. A new director will be announced in the coming months.

The Bloch Collection of Impressionist and Post-Impressionst Masterpieces
The Bloch Collection of 29 Impressionist masterpieces is the result of more than 20 years of careful acquisition, with assistance from Ted Coe, Director of the Nelson-Atkins from 1977 to 1982. It is a balanced selection of works from the seminal artists of the time and is internationally respected as one of the finest collections in private hands in the United States. Among the works are Monet’s Snow at Argenteuil, Manet’s The Croquet Party, van Gogh’s Restaurant Rispal at Asnieres, Gauguin’s The Willow, and Cezanne’s Man with a Pipe, as well as major works by Renoir, Degas, Pissarro, Morisot and Sisley. Four works from the collection, including Pierre Bonnard’s The White Cupboard, will be part of the 75th Anniversary exhibition.

“The Bloch Collection is one of perhaps a dozen devoted to Impressionism and Post-Impressionism that is of global quality,” said Richard Brettell, former director of the Dallas Museum of Art and currently the Margaret McDermott Distinguished Chair of Art and Aesthetics at the University of Texas, Dallas. “Quite simply, any great museum in any great city would consider itself blessed if the Bloch Collection came to it.”

Henry Bloch, co-founder of H&R Block, and his wife, Marion, are long-time supporters of the Nelson-Atkins, and the Museum’s internationally acclaimed expansion is named in their honor. The Bloch Building, designed by Steven Holl, opened in 2007, and the Bloch collection was highlighted in the inaugural exhibition, Manet to Matiss: Impressionist Masters from the Marion and Henry Bloch Collection.

“Marion and I and our children are pleased to know that the paintings we have loved and lived with will become a part of the Nelson-Atkins, where others will enjoy them for years to come,” Mr. Bloch said.

The Hall Collection of African Art
The gifts in support for the Museum’s 75th Anniversary also include, as announced earlier this year, seven works of African art from the Adele and Donald Hall Collection. Those promised gifts, each a superb example of African art, will greatly elevate and broaden the Museum’s range of holdings in that area and include an intricately carved ivory Salt Cellar from the late 15th to early 16th century and an outstanding example of a wooden carving by the Luba artist known as the “Master of the Cascade Coiffure.”

The Sosland Collection of American Indian Art
Longtime patrons Estelle and Morton Sosland gave one of the nation’s finest private collections of American Indian art to the Nelson-Atkins, as announced in the fall. The Northwest Coast masterworks were unveiled in the new American Indian art galleries, which opened in November 2009 to critical acclaim and will be on view during the 75th Anniversary exhibition. Among the works is the powerful Wild Woman of the Woods, an 1870 mask from British Columbia.

In addition to their American Indian masterworks, the Soslands also promised gifts from their contemporary collection, including Magdalene Odundo’s ceramic vessel, Untitled #7, which embodies both contemporary elegance and the rich traditions of Odundo’s African heritage.

The Soslands were responsible for the 1994 gift of the Museum’s iconic Shuttlecocks, a four-part commissioned work by artists Claes Oldenburg and Coosje van Bruggen. Among the Soslands’ promised gifts are three conceptual drawings of the Shuttlecocks and a fabrication model.

Additional 75th Anniversary Gift Highlights
The 400 gifts of art have greatly enhanced several areas of the Museum’s collection by building on existing strengths and filling gaps in areas where the Museum had not collected. Highlights from the gifts follow:

An Impressionist painting Landscape, Ile de France (Paysage d’Ile de France) by the artist Jean-Baptiste-Armand Guillaumin is a promised gift from Barbara and Robert Bloch. The son of Henry and Marion Bloch, Robert serves as program director of the H&R Block Foundation. For many years, Robert’s collecting has focused on prints, but he acquired this painting years ago and has now promised it to the Museum.

More than 50 works of art have entered the Modern & Contemporary collection. Thanks to generous support from the William T. Kemper Foundation–Commerce Bank, Trustee, five conceptual and electronic media works have been acquired, including Nam June Paik’s mesmerizing Watching Buddha.

The American collection has also received significant gifts for its newly reinstalled galleries, which opened in April 2009. Raphaelle Peale’s exquisitely rendered Still Life with Liqueurs and Fruit and Rembrandt Peale’s loving Portrait of the Artist’s Wife, gift and promised gift of Sarah and Landon Rowland, are exceptional examples of American painting at the beginning of the 19th century.

The Hall Family Foundation has given 15 photographs as 75th Anniversary gifts, bringing the number of works in the Hallmark Photographic Collection, acquired in late 2005, to a breathtaking 8,000. Among the most important works is Augustus Washington’s daguerreotype portrait of the abolitionist John Brown.

The Decorative Arts collection has been greatly enriched by the 24 promised gifts of Lennie and Jerry Berkowitz, including Akio Takamori’s Kanzan from “The Laughing Monk Series.” Further deepening the Museum’s strength in contemporary ceramics are Harrison Jedel’s gift of the Jim Leedy stoneware Charger; and Carol and Dennis Hudson’s promised gift of Linda Lighton’s white glazed sculpture Echinacea. A sparkling addition to the glass collection is Herbert Adler’s promised gift of the Libbey Glass Company Flower Center.

Among the outstanding gifts of American Indian art are nine works that are currently on view in the newly installed American Indian galleries and six unveiled in the exhibition Magnificent Gifts for the 75th. Among the works are Ned Jalbert’s gift of the 18th-century Ojibwa Coat, an extraordinary example of the cultural connection between Native peoples and Europeans.

The collecting initiative has been the work of curators across departments at the Nelson-Atkins, and the exhibition Magnificent Gifts for the 75th is curated by Jan Schall, Sanders Sosland Curator, Modern & Contemporary Art.

“It’s thrilling to see the Museum collection expand in new directions with so many diverse works of art, from those created by both unknown and celebrated artists of the past to those by conceptual artists working today,” Schall said. “I’m overjoyed by and deeply grateful for this remarkable generosity.”