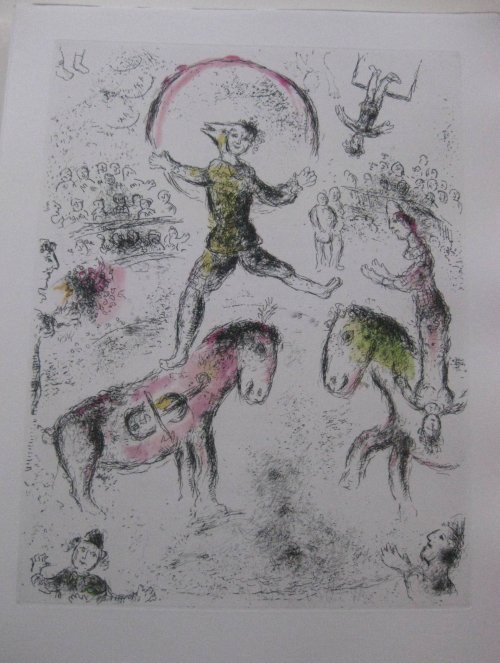 The Moscow Museum of Modern Art opens the first show of the “World Masterpieces of Livre d’Artistes” exhibition program. Classic examples of the livre d’artiste are almost not represented even in the largest Russian museums. However, this synthetic form of art is one of the links connecting visual art and literature, artists, publishers, and writers from all over the world.

The exhibition at the Moscow Museum of Modern Art focuses on Russian-French literary and artistic connections. They can be traced in the choice and interpretations of subjects, as well as in the artists’ destinies. The display features works by Alexander Alexeieff, Yury Kuper, Andre Lanskoy, Ivan Pougny, Léopold Survage, Marc Chagall, Eduard Steinberg, Ossip Zadkine.

The unique phenomenon of the livre d’artiste appeared in France at the turn of the 20th century. A classic artist’s book comprises, besides the literary work, original prints: lithographs, xylographs, etchings. Each copy is usually signed by the author, the artist, or the publisher. Book illustrations have their own value. Graphic masterpieces by Rodin and Maillol, Matisse and Chagall, Picasso and Miro, Dali and Fini are exhibited in many museums around the globe as separate works of art.

In an artist’s book, there exists an intricate correlation between the text and the illustration: on the one hand, the text plays an important role (which includes acting as a motivating factor for artists), on the other hand – illustrations form a parallel text, free from directly reproducing the literary material.
Artists’ books are issued in small editions (from 20 to 400 copies) and are produced with the help of rare technologies: custom paper making, original printing methods (letterpress printing, lithography) and other means to enhance expressivity and uniqueness of a livre d’artiste.

In Russia, the genre of the artist’s book is almost unfamiliar – primarily, due to the fact that even Russia’s largest museums have but single copies representing true masterpieces in this art form. Besides, many Russian artists engaged in this genre worked in Europe, mainly in France. Among them were the artists of the first half of the 20th century (Chagall, Goncharova, Alexeyev), and masters of the post-Perestoika period (Briskin, Cuper, Steinberg).

Held in 2010, the Year of France in Russia and the Year of Russia in France, this exhibition is more than timely. On the one hand, it opens the world of the livre d’artiste to Russian viewers for the first time; on the other hand, it presents famous masters of Russian origin as participants of the French and international art scene.