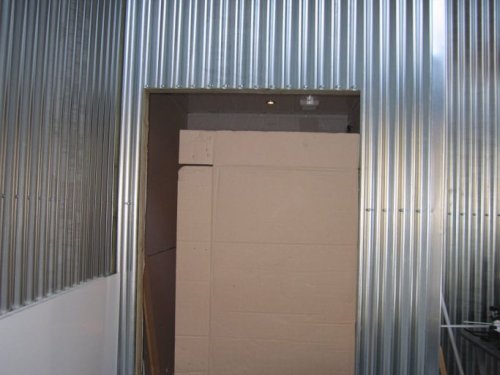 A survey exhibition of key works by Irish artist Anne Tallentire, created over the last ten years, opens to the public at the Irish Museum of Modern Art on Wednesday 17 February 2010. This, and other things, 1999-2010 brings together two of Tallentire’s earlier works as well as four of her most recent pieces, created in response to the environment at IMMA. Nowhere else, The Readers, Document and Drift: diagram xi, working with architect Dominic Stevens (all 2010), are shown for the first time; alongside Instances, 1999, and a staging of Manifesto 3 (… instead of partial object), 2004, in collaboration with artist John Seth, with whom Tallentire has frequently collaborated since 1993, in a practice formalised as ‘work-seth/tallentire’.

Nowhere else, 2010, invites the viewer to navigate hundreds of images depicting peripheral glimpses of daily life and detritus taken from sites identified by overlaying a chart of the night sky onto a map of London. This work refigures earlier pre-occupations with interrogating the apparatus of mapping and naming, and plays upon the relationship between the specific and the general; social control and urban occupations.

While much of Tallentire’s work has made use of staging and recording her own actions, in Drift the artist documents solely the actions of others in 21 short video clips that portray various routine activities carried out in association with the maintenance of a city’s infrastructure. For Drift: diagram xi, 2010, Tallentire has collaborated with Irish architect Dominic Stevens to present an eight-screen video installation encased within a freestanding scaffolding structure. Each installation is devised specifically for the demands of the space and identified as a numerical ‘diagram’ in order to emphasise the necessity for a critical consideration of context.

A text work developed specifically for this exhibition, The Readers, 2010, attests to the identities, activities and interests existing alongside the shared day to day work practices of those who work in IMMA.

Earlier works include Instances, 1999, produced when Tallentire represented Ireland at the Venice Biennale in 1999. This contemplates the passing of time in relation to perception and meaning. In three parts, it consists of a video projection which depicts, in real time, dawn breaking over a nondescript city landscape, a series of improvised actions and a single image video loop.

Since 1993, Tallentire has also worked on many collaborative projects with John Seth, under the collective name ‘work–seth/tallentire’. A version of their work Manifesto 3 (… instead of partial object), 2004, reconfigured specifically for the space at IMMA, exploits the ordering and disordering of things and the juxtaposition of action, object and image. This play between image and object is further explored in Document, 2010, a new work that questions the relationship between things and the significance of things.

Anne Tallentire was born in Co Armagh and has lived and worked in London since 1984. She studied Fine Art Media at the Slade School of Art from 1986 to 1988 and is currently a Professor of Fine Art at Central Saint Martins College of Art & Design and co-convener of the Double agents project based at CSM.

A fully-illustrated catalogue designed by Åbäke, with a foreword by IMMA Director, Enrique Juncosa and new texts by Charles Esche, Director of the Van Abbemuseum, Eindhoven; Vaari Claffey, independent curator; Rachael Thomas, and an interview with the artist by Hans Ulrich Obrist, Co-Director, Exhibitions and Programmes and Director of International Projects at the Serpentine Gallery, London, accompanies the exhibition.

The exhibition is supported by Central Saint Martins, University of the Arts, London, and the British Council.