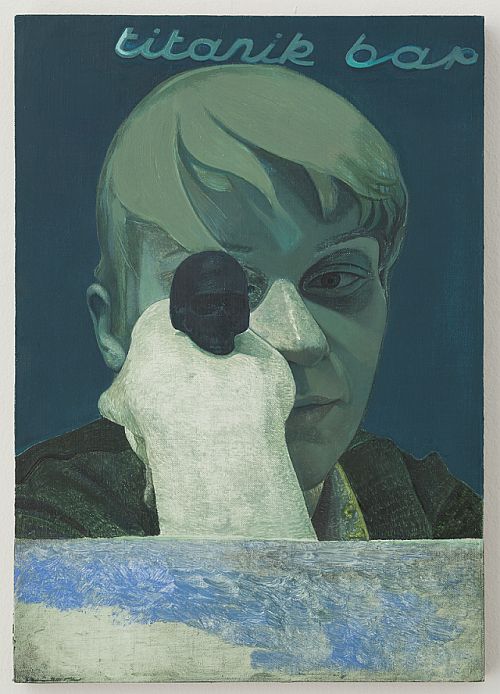 The solo exhibition of Victor Man entitled In un altro aprile, is programmed at Villa Medici from 26 June to 1 September 2013. This is the last step of the series of three exhibitions curated by Alessandro Rabottini focusing on the theme Academy.
The work of Victor Man explores the history of painting and representation conceived as a place where memory, fiction and amnesia are stratified, a place dense with shadows and mysterious atmospheres, where things exist in a state of perpetual motion.
The exhibition at Villa Medici presents a series of recent paintings as well as works – never shown before – which Victor Man had realized during a two-month sojourn at Villa Medici. Indeed, the installations realized by the artist consist of single works that mutually interact in a dialogue: seen together they suggest the possibility of multiple narrations while not establishing univocal meanings or paths. If at the beginning of his career the painting of Victor Man had evolved from the elaboration of found photographic images – and from which the informative or narrative content were removed – in more recent years the artist has concentrated on the invention and development of an autonomous iconography in which frequent literary references intermingle with his own biography. Literature and history of art, collective memory and personal experience are the elements woven together by the artist into a non-linear story where distinctions between present and past, fiction, imagination and reality are abolished.
This overlapping of points of reference runs throughout all the works displayed in this exhibition: the fusion of gender, androgyny or, more generally, the uncertainty of physiognomy and appearance form a recurrent theme, which strengthens the image of an identity in perpetual movement and suggests how rich and mysterious the essence of things can be beyond their appearance.
Uncertainty and oscillation between gender find an echo in other forms of transition: from human to animal, organic to artificial, face to mask.
Even the gestures that appear in the work of Victor Man suggest the concurrence of violence and tenderness, pleasure and pain, temptation and redemption: these elements reinforce the ambiguity of a barely hinted narration and refer to the dichotomies which dominate human nature, represented as Sisyphus trapped in a condition of eternal ambivalence.
In a similar way, modes of co-existence are established between images belonging to the history of art – like, for example, the temptation and torment of Saint Anthony – and forms of everyday human existence. Indeed, in many of Victor Man’s works, the familiar passes through fantasy and magic, the profane co-exists with what is sacred, and myth dwells within banality. The same is true for the stylistic codes of painting: some of Man’s works, in fact, present a figurative idiom that seems to aspire to an existence which is external to and beyond contemporaneity.
Multiple references co-exist with pre-Renaissance painting in Tuscany, however they are also coeval with the forms of primitivism and a constant sense of repression of reality, which had proliferated in Europe during the early Avant-Gardes at the beginning of the twentieth century, The exhibition of Victor Man is part of a series of three solo-events that ideally complete the trilogy begun with the Teatro delle Esposizioni #3 that took place at Villa Medici between June and October 2012. This series investigates the concept of Academy intended as a symbolic space where the idea of the supposed neutrality of art overlaps the concept of national identity, where the dimension of history, tradition, politics and culture meet. The three artists involved in this project, each one with his own idiom, explore the History of Art as a place spanned by multiple forces: political ideologies, economic scenarios, dominant historical narratives and everything that has been repressed by the collective consciousness. 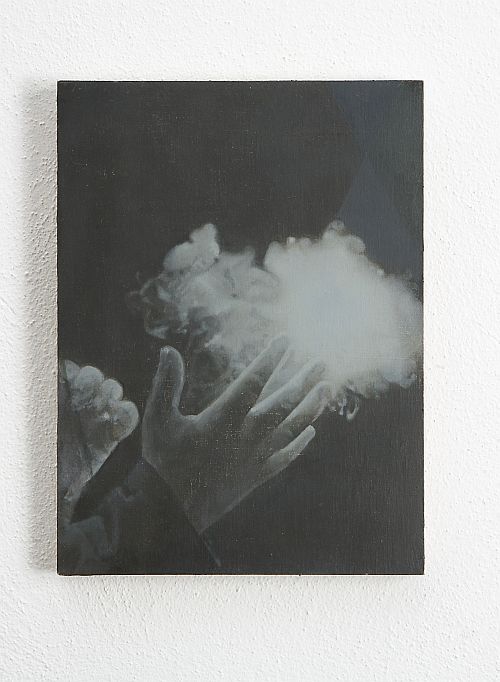