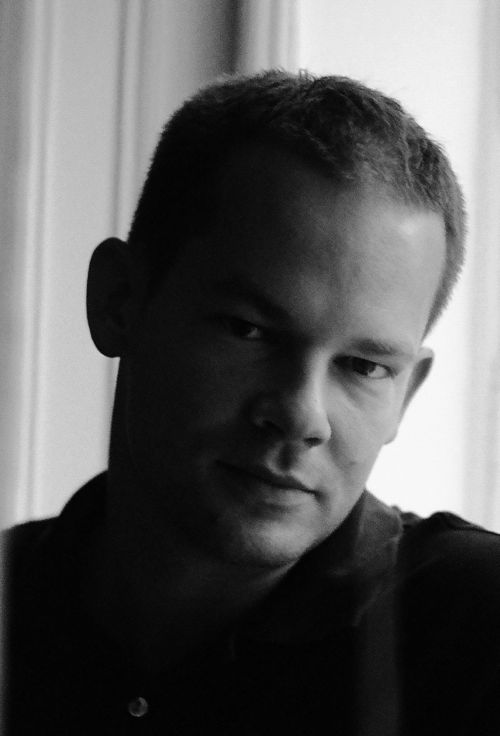 Florian Pumhösl will be presenting a new series at the Kunsthaus Bregenz titled Räumliche Sequenz [Spatial Sequence] specially produced for the occasion. The work consists of plaster panels in three different sizes grouped in threes, the order of each trio beginning with the smallest and ending with the largest format. The progression of the 45-piece series of 15 subjects, subtitled Cliché, takes its lead from the Bauhaus artist László Moholy-Nagy’s enamel pictures.
In contrast to Moholy-Nagy, who delegated the task in the case of his telephone pictures to a specialist firm, Pumhösl himself applies the formal effects to his panels using what he refers to as a cliché stamp.

The printing procedure involved goes back to the start of the nineteenth century when stamp-like printing dies were developed. A special feature of these dies, known in French as »cliché«, in English stereotype, was that they could be indefinitely reused. Concerning his new series for the Bregenz exhibition, Pumhösl has written: »For these works I had panels made of plaster, a homogenous mineral material, on which I applied paint using a cliché stamp. The transparent cliché makes it possible to design the picture support on the visible side. An idea I find important is that an abstract picture is, from the outset, a reproduction (possibly of something ideal) and that its peculiar qualities allow this to be grasped.«

The formal patterns of indigo blue that rhythmicize the plaster panels are no less important than how they are applied. Against the backdrop of Pumhösl’s interest in early Latin-American woven patterns and their reception by modernist artists, for instance, a discursive field opens up combining extra-European influences, the importance of design, and seriality in art. Seriality comes across especially clearly through the repetition of line patterns within a trio and the potential for reproducing the same by means of the cliché stamp.

Moreover, the line groupings on the individual panels, with their potential for musical interpretation, point to a central aspect of historical abstraction. And the positioning of the panels in space, the distances and open areas Pumhösl has set between them, also recall a time-based sequence and in this sense resemble a musical score.