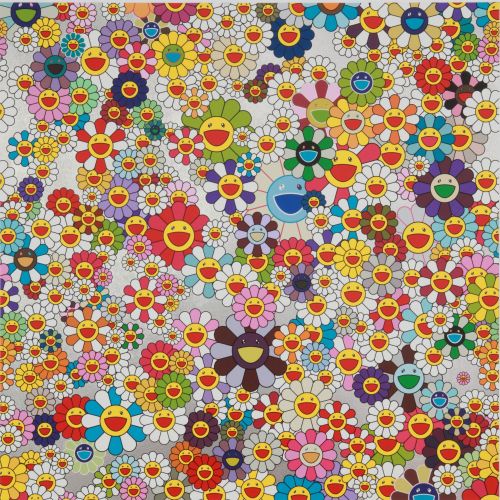 The Singapore Art Museum (SAM) is proud to partner the Museum of Contemporary Art Tokyo (MOT) to present Trans-Cool TOKYO, an exhibition that showcases the outstanding collection of contemporary Japanese art from the MOT.
Charting the development of contemporary art in Japan through the years, the exhibition features thought-provoking works by artists who have made an indelible impact in contemporary Japanese art, including major names such as Yayoi Kusama, Takashi Murakami and Yoshitomo Nara as well as rising stars including Kiichiro Adachi and Haruka Kojin. Working across all mediums, from painting and sculpture, to performance, photography and video, the featured artists have created works in response to the onset of the information age and the greater freedom and uncertainties in contemporary society.

A travelling exhibition of 44 works from MOT’s permanent collection, the exhibition seeks to demonstrate how Japanese artists express their identity amid pop culture and globalisation across generations. A range of artworks from those produced during the post-war period, to post modern works from the 1980s and the new Japanese art of today, have been selected to form the exhibition. The exhibition is structured around four main themes – Altering Reality and Perception, The Influence of Pop Art, Technology in Modern Life and One’s Place in the World.

In Altering Reality and Perception, the works explore the mysteries, limitations and nature of human perception, revealing the ‘idiosyncratic’ way in which Japanese artists interpret the world. For instance, Kohei Nawa’s Pixcell-Deer #17 – a taxidermied deer covered in crystal balls – depicts the ambiguity between human perception and reality, the virtual and real world. Yayoi Kusama presents her own version of reality as a haze of hallucinations through the seemingly identical yet unique organic shapes in Walking on the Sea of Death.

In The Influence of Pop Art, artists pay tribute to childlike immaturity, innocence and reject the adult world with their kawaii (cute) quality while presenting the same methods of replication and mass production of pop art in the West. The famed Yoshitomo Nara whose work looks suspiciously at the social norms of adulthood and Takashi Murakami who critiques contemporary art today as being easily mass produced with his Superflat concept, both epitomise Japanese pop art.

Technology in Modern Life re-examines the relationship between art, science and technology and focuses on the concept of shintachi (or embodied knowledge) where technology is one with the human body. Ryoji Ikeda’s data.matrix [no 1-10] for instance, reduces and distils everyday stiumli that people encounter into basic components, digitally recomposing them into audio visual installations that interact with physical bodies in the exhibition gallery.

Finally, One’s Place in the World looks at the loss of one’s sense of belonging in an increasingly globalised world, showcasing works by Japanese artists who look to reconnect to their local communities and traditions and which critique the Japanese identity and place in the world today. Michihiro Shimabuku’s video works involves him entering, living and
interacting with various communities around the world, explore the relationships within communities and altering one’s awareness of their everyday environment.

Director of SAM, Mr. Tan Boon Hui, said, “SAM is excited to collaborate with MOT to bring this delightful exhibition to audiences in Singapore. It is the first such collaboration between both museums, complementing SAM’s objectives to raise awareness of the diverse and unique practice of contemporary art practice. Trans-Cool TOKYO also allows us to educate the Singapore public about one of the most important art scenes in Asia. I would like to thank the Museum of Contemporary Art Tokyo for giving us the privilege to offer people in Singapore the opportunity to view rare works by groundbreaking Japanese artists, such as Yayoi Kusama, Takashi Murakami, Yoshitomo Nara, and the edgy yet quirky works by younger artists such as Kiichiro Adachi, Kohei Nawa and Kazuhiko Hachiya. As the earliest Asian country to embrace the ideas of pop art, the use of pop art concepts by Japanese artists has predated the current fashion for using pop art styles by Asian artists from other countries.”

Trans-Cool TOKYO will run from 19th November 2010 till 13th February 2011 at SAM at 8Q.
A tour by SAM curator, Mr. David Chew, followed by talks by artists Mr. Kiichiro Adachi and Mr. Kazuhiko Hachiya, have been specially organised for visitors to gain a deeper understanding of the development and practice of contemporary Japanese art. In addition, visitors can also look forward to experiencing more Japanese culture in a fun-filled Toy Carnival, complete with Cosplay characters, live music and art-based activities in Invasion! A series of rare films by Japanese directors and artists will also premiere in Singapore.