This is Not a Print! 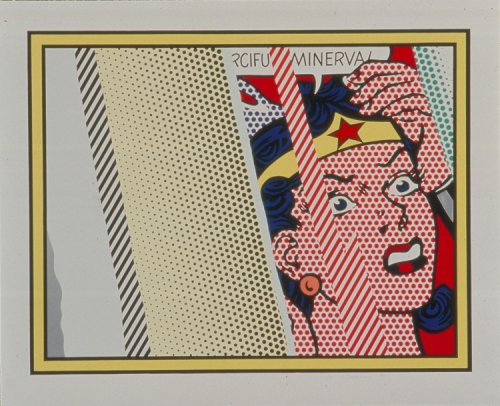 Singapore Art Museum’s new contemporary wing, 8Q sam presents This is Not a Print!, a selection of over 70 multiples and prints from the Singapore Art Museum’s 1500-piece Tyler Art Collection. Acquired by the museum from master printer Kenneth Tyler’s collection in 1999, this exhibition explores the relationship between the development of multiples in print making from the 1960s that embody the core ideas of contemporary art practice. These include the denial of the authentic or ‘original’ work of art in favour of the parody of everyday objects, the collaborative production of artworks, the use of new materials and processes, as well as a desire for mass fabrication and distribution. The exhibition is divided into three sections; Artist’s Multiple, Technologies of Vision and Expanded Technologies.

From Pop multiples prints by Jasper Johns and David Hockney to the sculpture and conceptual multiples by John Newman, Claes Oldenberg and Roy Lichstenstein, the exhibition traces the trajectories and convergences of the development of print making in Europe and America shaped by the concept of the Artist’s Multiple. The Artist’s Multiple can be traced to four origins: the readymade; (particularly Marcel Duchamp’s idea that everyday objects can be re-ordered as art), the concern for making art accessible to publics (evident in Pop Art), the use of mass fabrication, new materials and industrial processes as exemplified in Minimalism; and the fascination with packaging of Fluxus.

In particular, this exhibition highlights the significance of Kenneth Tyler who played a critical role in expanding the boundaries of prints and multiples by experimenting with new materials and technologies collaboratively with artists. With the rise of conceptual art that focused on the artistic processes and ideas rather than the finished artwork, artists in collaboration with Kenneth Tyler at his print workshops began to produce various types of multiples such as Artist’s Books, Pop multiples, Fluxus multiples, prints and sculpture multiples. Akin to the consumer society that thrives on mass produced goods, the Artist’s Multiple aims to realise ideas through the multiplication and repetition of an object.

In the section, Technologies of Vision, we explore the expanded ways of seeing through the works of artist David Hockney. The use of a folding screen, a piece of furniture originating from China in the fourth century, acknowledges the use of multiple viewpoints in traditional Chinese ink painting and manipulates space and perspective, as seen in the work, Caribbean Tea Time.

The last section, Expanded Technologies, focuses on the use of new print making techniques and materials to expand the boundaries of prints. Tyler played a critical role in marrying graphics to the technology of its day. Robert Rauschenberg’s Booster was the largest hand-pulled print when it was produced in 1967 at Tyler’s print workshop. Besides the use of new materials in prints, Tyler merged different print techniques such as lithography, aquatint, etching, mezzotint and others into the artwork, earning a reputation for being willing to try almost anything to break new ground in print making.

American Galleries Reinstallation at The Nelson-Atkins Museum of Art Your Spirits Walk Beside Us: The Politics of Black Religion