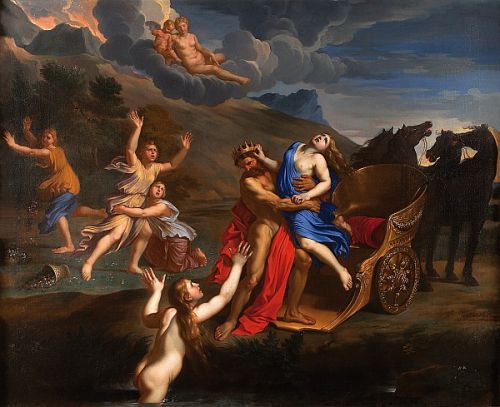 This year, the loan exhibition at Paris Tableau is in collaboration with the Musée du Louvre department of paintings, and will exclusively reveal six masterpieces that have never previously been on public display.
The exhibition is an unprecedented opportunity for visitors to see works of art that are neither on the market nor in an institution, but which are still housed by collectors in their private homes.
The works are still in private hands, but have been donated to and are owned in part by Musée du Louvre by means of ‘sous réserve d’usufruit’. The principle of a donation ‘sous réserve d’usufruit’ is that a collector is able to give a work of art to a museum or institution, yet continue to enjoy the work of art until their death or agreed date without being the actual owner, allowing them to profit from the resulting tax benefits. The museum in question thereby enriches its collection, and the market maintains its momentum.
Each of the six paintings included in the Paris Tableau exhibition are owned by the Louvre in varying degrees, but are currently enjoyed by the individual collector who has generously donated them to the museum’s archive.
Several of the dealers at Paris Tableau have been actively involved in donations ‘sous reserve d’usufruit that will be on view as part of the loan exhibition.
New dealer to the fair Michel Descours remembers Claudius Jacquand’s masterpiece The Young Gaston, the Angel of Foix, which will be included in the exhibition. Descours reminisces, ‘This painting is a significant example of the “historic genre” that developed in France in the second quarter of the 19th century. I was delighted to see this painting given to the Louvre, because it is one of the great achievements by this Lyonnaise artist. When I found out that it would be shown at the Paris Tableau, I was reminded of the painting’s acrobatic delivery to its current owner. Too large to go up the stairs, we had to improvise a pulley system in the courtyard to hoist it through a window, which was also almost too small for it. Great art sometimes requires great resourcefulness.’
Jean-François Heim remembers the Nicolas Mignard painting The Abduction of Proserpine, which will also be on display at Paris Tableau.
‘The ambitious composition was painted in 1651 in Avignon, where Nicolas Mignard spent a large part of his career. The painting demonstrates the painter’s knowledge of the great ancient and modern Roman models. The main group evokes The Abduction of Proserpine sculpted by Bernini in 1622 (Rome, Borghese gallery). This rare painting fills a significant gap for two reasons: it is the first piece by Nicolas Mignard to go into the Louvre and it is also the only painting which evokes the great painters of the Midi not previously represented in the Musée.’ Also on display is a beautiful canvas by Jean-François Millet, known as Francisque Millet, Mercury Discovering Herse returning from the Festival of Minerva. One of the most important 17th-century French landscapists Millet was a native of Flanders, and arrived in Paris when he was seventeen. His heroic landscapes are strongly influenced by Nicolas Poussin’s classicism. The museum owns two paintings by Millet, however, these are less ambitious and much smaller in size than the one on show at Paris Tableau.
Further works which will be shown are three religious pieces from the 1700s; The Story of Lucretia by her Disgrace by Andrea Casali (1705 – 1784), The Glory of St Francis de Sales by Lorenzo de Caro (1719 – 1777) and The Virgin and Child and Angels, by Antonio Cavalluci. Each painting was donated to the Louvre in 2006.