American Galleries Reinstallation at The Nelson-Atkins Museum of Art 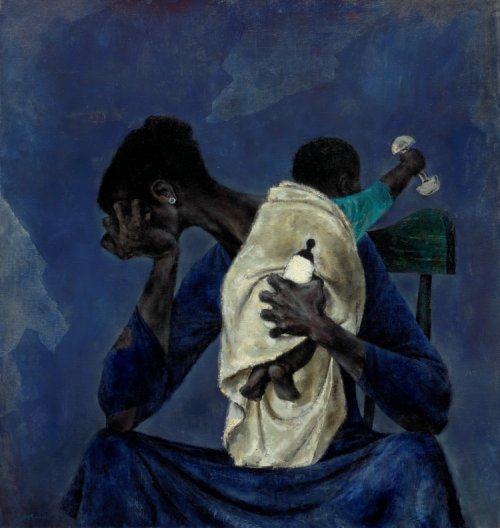 [ad#lb]
The Sarah and Landon Rowland American Art Galleries, an expansion and major reinstallation of the American art collection at The Nelson-Atkins Museum of Art, will open April 17, providing a fresh view of the range of artistic expression that shaped American culture from the Colonial era to World War II.

The expanded suite of galleries, which increases space for the American collection by nearly 20%, is anchored by a stately new Grand Hall on the west end and the Kemper Rotunda on the east. As part of the $7 million project, previous space was stripped to its core, allowing for new walls and wall colors, lighting, ceilings and flooring. The project includes the conservation of more than 20 paintings, reframing of more than 20 works, and conservation of several pieces of furniture and a period room.

The American collection at the Nelson-Atkins is among the strongest in the United States. Paintings, sculpture, decorative arts and works on paper tell the story of a young nation created out of a quest for liberty and shaped by westward expansion, the struggles of slavery, and industrialization.

Many works in the new American galleries have not been on view to the public for a decade or more. For the first time a gallery is dedicated to rotations of American works on paper, each focused on a different theme including Hispanic America, Souvenirs and Worship. American decorative arts, painting and sculpture are fully integrated in the galleries, presenting a more complete picture of American visual culture and craftsmanship.

The reinstallation of the galleries represents one of the final stages of the overall transformation of the Museum that included the June 2007 opening of the Bloch Building, the highly acclaimed expansion designed by Steven Holl Architects. The transformation will continue with reinstallation of American Indian galleries, opening in November 2009. The American galleries will open with a symposium celebrating the collection on Saturday, April 18, featuring eight noted experts in the field of American art. The celebration will continue on Mother’s Day, Sunday, May 10, with a lively public event.

The new galleries are named for Sarah and Landon Rowland, who have generously supported the American department, as well as the entire institution, for many years. Sarah Rowland is a member of the Museum’s Board of Trustees and Executive Committee and chairs the Exhibitions Committee. Landon Rowland is Director and Chairman Emeritus of Janus Capital Group, Inc., and Chairman of the Garden City bank in Garden City, MO, and Everglades Financial in Kansas City. In 2002, the Rowlands established The Ever Glades Fund, an endowment fund for the acquisition of American art, one of the largest single contributions to the Museum for acquisitions.

“The new galleries are compelling visually and artistically,” said Marc F. Wilson, the Menefee D. and Mary Louise Blackwell Director/CEO of the Museum. “The curators were challenged to draw upon the strengths of the collection to tell important stories about key moments in America’s many-layered history. They have succeeded in a marvelous and engaging fashion.”

The aim of the American galleries reinstallation is to highlight the artistic achievement of each object and to locate that achievement within the context of the cultural, social and economic milieu in which it was created.

“Looking at the entire collection, the arrangement for the expanded galleries became clear,” Conrads said. “Objects from similar eras and art centers naturally gravitated toward each other, giving us the backbone of the installation.”

The galleries will focus on six key dates in American history, as well as key geographic regions that were pivotal to artistic production during those time periods. Five primary locations are fairly constant across the collection – New England, the Middle Atlantic states, New York, the West and Europe . The six key dates that anchor the installation are:

1776: >From Colonies to Country. During this period when the young nation was forming, fine and decorative arts drew on European traditions but also reflected the ideals of the new nation – life, liberty and the pursuit of happiness. Paintings were luxuries, and portraiture was nearly the exclusive subject, as illustrated by John Singleton Copley’s portraits of Bostonians John Barrett (c. 1758) and Mrs. John Barrett (c. 1758). Reflecting a strong European influence and exceptional craftsmanship is the Chest-on-Chest (c. 1760), attributed to the workshop of Nathaniel Gould of Salem, MA.

The reinstallation also gave curators the opportunity to restore the Hall from the Robert Hooper House of Danvers, MA (c. 1754) to its original dimensions and vibrant light blue color. The room not only embodies the epitome of mid-18th-century mercantile taste, the influence of English architecture and the finest craftsmanship of the American colonies, but also is of important historical interest. It was used by the British Commander-in-Chief, Lieutenant-General Thomas Gage, as his headquarters before the historic Battles of Lexington and Concord in April of 1775.

“The new galleries allowed for the complete restoration, reinstallation and reinterpretation of the most important example of Colonial architecture in the Midwest. This was due to a very generous grant from the Institute of Museum and Library Services,” Futter said.

1826: Promoting Republican Values. America at 50 years old was developing its own sense of identity and national culture. The National Academy of Design in New York hosted its first annual exhibition in 1826, elevating the status of artists in America. Landscapes and scenes from everyday life emerged as new subjects, as seen in Thomas Cole’s The Mill, Sunset (1844) and William Sidney Mount’s Winding Up (1836). Raphaelle Peale followed a tradition of European trompe l’oeil with Venus Rising from the Sea–A Deception (c. 1822). New York replaced Philadelphia as the preeminent American center of furniture construction, as illustrated by the beautifully restored Sofa, possibly from the workshop of Duncan Phyfe (c. 1805).

1850: Producing the National Ideal. During this volatile time in American history, with debates about slavery raging, trails flowing West, and increased industrialization, artists responded with scenes such as John Frederick Kensett’s A Woodland Waterfall (c. 1855–1865) and Bingham’s Canvassing for a Vote (1852) that soothed anxieties or contributed to topical discussions. Gustave Herter’s ornate Bookcase (1852–1853), made for America’s first world’s fair in 1853 in New York City, showed that American manufacturers could compete internationally.

1886: Joining the International Arena. The Gilded Age saw the flourishing of American art, especially in New York, the nation’s center of art activity. Scores of American artists were inspired to train in Europe or travel internationally, including Frederic Edwin Church and John Singer Sargent , whose Jerusalem from the Mount of Olives (1870) and Mrs. Cecil Wade (1886), respectively, reflect such experiences. In 1886, the Statue of Liberty was completed in the city’s harbor and New York hosted its first exhibition of French Impressionism, further cementing American art’s French connections. A curiosity in exotic cultures stimulated an intense interest in Asian art, reflected in the work of John LaFarge, whose stained glass window Peonies Blowing in the Wind (1889) is included in the installation.

1913: Wrestling with the Modern. On the eve of World War I, the Armory Show of 1913 in New York showcased both European and American vanguard art, sparking the concepts of modernism in America. In the face of increased urbanization and consumerism, artists reacted with works that alternately embraced or rejected modern life, or turned to abstract art grounded in European modernist developments, such as Marsden Hartley’s abstract Himmel (c. 1914–1915). Furniture makers and other craftsmen reacted to industrialization by returning to hand-crafted works, such as Charles Rohlfs’ Writing Desk (c. 1900).

1939: The World of Tomorrow. The Depression and Dust Bowl led RegionalistsThomas Hart Benton, John Steuart Curry, and others to focus on family, labor and the rural landscape, as seen in Curry’s The Bathers (c. 1928) and Benton’s Persephone (1938–1939). The emphasis on the native landscape is also seen in the works of Frank Lloyd Wright’s Armchair from the Sondern House of Kansas City (c. 1940). A new era in cultural affairs, economics and science was promoted at the 1939 World’s Fair in New York. The nation again found itself on the brink of a World War and facing the harsh realities of segregation, as portrayed in Joseph Hirsch’s Lynch Family (1946).

America on Paper.
The first rotation of the new gallery of works on paper features highlights from the collection including such important new acquisitions as Aaron Douglas’ Study for Aspects of Negro Life: An Idyll of the Deep South (1934). With more than 300 works on paper, the Nelson-Atkins will rotate installations every six months to display the variety of the collection and protect works from overexposure to light.

The paintings in the American collection are the subject of a comprehensive two-volume catalog, The Collections of the Nelson-Atkins Museum of Art: American Paintings to 1945, published in May 2007. The catalog represents more than 20 years of research and scholarship, led by Conrads, and is available in the Museum Store.

The reinstallation of the American galleries was funded in part by a generous grant from the Henry Luce Foundation. The restoration of the Hall from the Robert Hooper House was made possible by a conservation project grant from the Institute of Museum and Library Services.