The Paths of German Art from 1949 to the Present @MMOMA

The Moscow Museum of Modern Art, the Goethe Institute in Moscow and the Institute for Foreign Cultural Relations (ifa) in Stuttgart are honored to present “The Paths of German Art from 1949 to the present”, a unique exhibition project comprising painting, graphic art, photography, sculpture and installation. There are about 400 works of nearly a 100 artists in total. The exhibition spans 60 years of the modern art developments in East and West Germany. The spectator is offered a great opportunity of looking anew at the history of art as a whole. 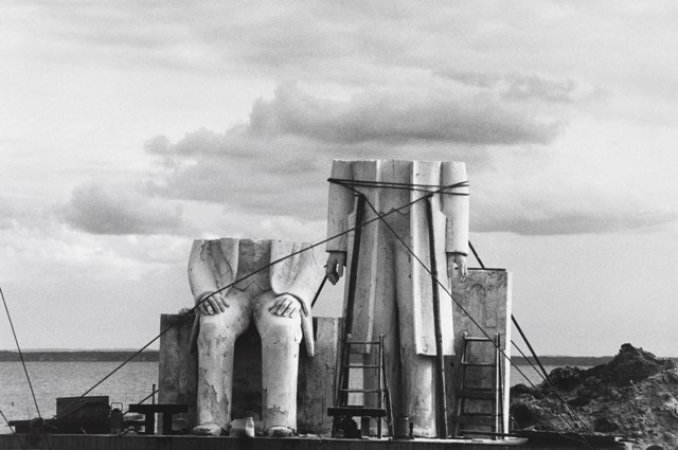 The Institute for Foreign Cultural Relations (ifa) was established in 1917. Since 1949, it has been promoting the art of Federal Republic of Germany around the world. The institute was fortunate to gather a huge number of works of West German artists. Following the fall of the Berlin Wall, parts of the art inventory of the GDR Exhibition Center were integrated into the ifa collection as well. An idea of combining works from the above collections for the purpose of forming an exhibition emerged two decades later.

The MMOMA exhibition is about to display works of such renowned German artists as Joseph Beuys, Sigmar Polke, Gerhard Richter, Andreas Gursky, Bernard and Hilla Bechers, Rebecca Horn, Nam June Paik et al. The spectator will also see the work of some artists who have not enjoyed much popularity. Those artists – no matter the eventual significance of their art – they would often lack any sort of recognition due to a variety of reasons which were political in nature.

The curators designed the project with a view to looking back at the intellectual and art environment both in West Germany and East Germany. Using the impressive ifa art inventory as the foundation for pursuing their goal, the curators of the exhibition were able to create a survey of the key events pertinent to the post-war German art e.g. participation in the European art movement in the 1950s and the 1960s, Fluxus, the Dusseldorf School of Photography, the New Wild Ones of the late 1970s, the 1980s figurative art, the protest art in the 1990s and the early noughties.

Conceptually, the exhibition was meant to be a touring one from the very start. The exhibition is going to set off on a long journey once its Moscow show has drawn to the close. Actually, Moscow became the first stop for the exhibition tour which premiered in October of 2013 at the ZKM, the Arts and Media Center in Karlsruhe, Germany. More than 400 exhibits will fill up the two floors of the MMOMA venue located in 25 Petrovka Street, Moscow. The city of Krasnoyarsk will be next to host the exhibition.