New York, NY & North Adams, MA — Heller Gallery in collaboration with Ferrin Contemporary, is pleased to present Melting Point, a group exhibition of glass and ceramic artists whose use of the melting point is central to their practice. Featuring nearly 100 works by 22 artists, the exhibition will be on view June 24- September 5, 2021, at Heller Gallery in New York City and Ferrin Contemporary on the MASS MoCA campus in North Adams. The artists, both established and emerging, explore the inherent physical qualities of materials that are formed and reformed by melting, as well as express their concern for the environmental melting point our planet seems to be approaching.
Melting Point is the degree when solid becomes soft, eventually becoming liquid and a boiling point is reached. Glaze melts, clay and glass soften, surface and form become pliable. Used metaphorically, as the planet warms, we are finding ourselves closer to the melting point both physically and socially. In 2020, forces combined under pressure of the COVID virus, politics exploded, and nature responded with melting ice, raging fires and extreme weather. Likewise, artists use the melting point as a metaphor in their work to express their political beliefs and sound the alarm using the fragile materials of glass and ceramic.
Participating artists represented by Heller Gallery include Stine Bidstrup, Nancy Callan, Sydney Cash, Amber Cowan, Morten Klitgaard, Laura Kramer, Tom Patti, Pamela Sabroso & Alison Siegel, and Norwood Viviano.
Participating artists represented by Ferrin Contemporary include Raymon Elozua, Peter Christian Johnson, Steven Young Lee, Courtney Leonard, Beth Lipman, Lauren Mabry, Gregg Moore, Katie Parker & Guy Michael Davis, Paul Scott, Sally Silberberg, and Robert Silverman.
Among the exhibition highlights are two new overflowing fountain pieces by Amber Cowan who uses vintage glassware and re-worked glass cullet from some of America’s best known but now defunct glass companies to pay spectacular homage and put her own feminist spin on the history of US glass manufacturing.
Norwood Viviano’s Cities Underwater project was conceived to visualize the dramatic loss of land predicted to occur in areas that some 127 million Americans call home. ‘The adaptation needed to mitigate the impending changes that will affect our life, history and culture is massive. The Cities Underwater work is aimed at keeping this conversation alive and not forgoing it for short-term convenience or gain,’ says Viviano.
The exhibition provides a new context for the 1980s pieces of Sydney Cash, a pioneer in the material explorations of glass, which won his work a place in the permanent collections of major museums including the Museum of Modern Art in New York and the Museum of Fine Arts Houston as well as the Musee des Arts Decoratifs in Paris.
Pamela Sabroso & Alison Siegel’s pieces burst with color and exuberance. Grass skirts, tassels, and tiny blossoms sprout unpredictably from their forms, which are largely vessel-oriented, though often standing akilter on asymmetrical feet. Despite the deep roots of their work, Sabroso & Siegel’s pieces are entirely of the present moment: a searching exploration of natural forces, at a time when the environment is itself in turmoil.
Courtney Leonard is one of the strongest voices in the field of ceramics today. Her work embodies the multiple definitions of ‘breach,’ an exploration and documentation of historical ties to water, whale and material sustainability in indigenous communities across the United States, North America, New Zealand and Northern Europe. Her art is both poetic and political, and simultaneously personal and universal.
Raymon Elozua’s R&D (Research & Development) series was awarded a Virginia A. Groot Foundation grant in 2015. Known for abstract, experimental sculpture work in ceramics and metal armatures, Elozua started adding glass elements in 2013 while working with Lorin Silverman.
Lauren Mabry investigates materiality though experimentation that is driven by her fascination with color, visual movement, and the transformative nature of ceramics. Known for her use of vessels forms for abstract painting with glaze, the fluid nature of the material led to building sculptural objects to provide structure for the actual flow of glaze in the firing process and her new series of Glazescapes.
In Tilt, as in other recent pieces, Peter Christian Johnson pairs pristine porcelain with thick saturated glazes that together capture the oppressive effects of gravity on the forms. Johnson plays with the notion of failure, but the sculptures attest to the fine control that a knowledgeable maker can exert over matter.
Katya Heller of Heller Gallery says, “Adaptation has been the prevalent way forward over the last year and we are so pleased that it has given our two galleries — Heller Gallery & Ferrin Contemporary — a chance to team up. A mashup of the melting pot and the tipping point, ‘the melting point’ is a threat to the state of equilibrium which we have all felt dangerously slipping over this last, pandemic year.”
Leslie Ferrin of Ferrin Contemporary adds, “As COVID-19 pandemic shut down Heller Gallery in the heart of Chelsea and Ferrin Contemporary in the Berkshires, we both realized that the artists we represent were deeply engaged with their work despite the challenging times. The opportunity to combine resources arose as we considered new ways to present our artists to the public, combine in person with virtual programs and work with our related networks built over the last forty years based in contemporary ceramics and glass.”

Heller Gallery is the most respected US dealer specializing in contemporary glass sculpture and design. Founded in 1973 in New York, Heller provides private and institutional clients with a curated platform for studio artists whose practice incorporates glass and whose work with the material broadens the horizons of contemporary culture. Numerous works have entered prestigious public collections worldwide as a direct result of our exhibitions and advocacy.

Ferrin Contemporary specializes in ceramic art circa 1950 to the present. For more than 40 years, private collectors, institutions, and the media have made it their preferred source for artwork by established and emerging artists whose primary medium is clay. Based in the Berkshires of Western Massachusetts, Ferrin Contemporary exhibits curated projects and solo shows in their year-round gallery space and through innovative partnerships with leading museums and galleries throughout the US and abroad. 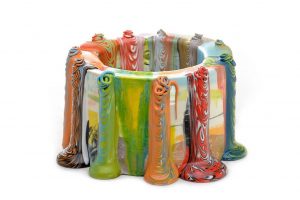 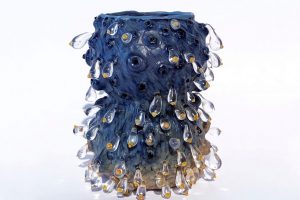 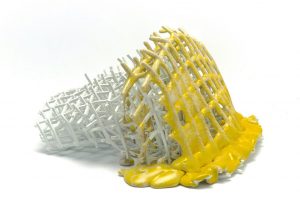 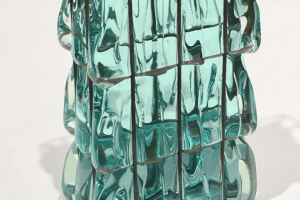