The Giants of the Avant-Garde: Miró, Mondrian, Calder and the Guggenheim Collection 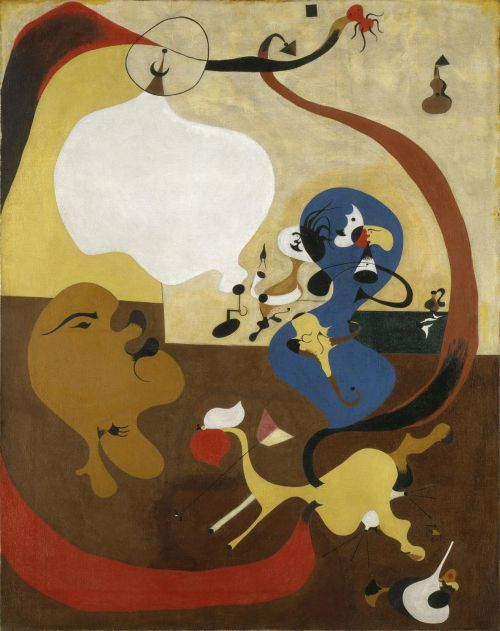 From March 3 to June 10 the Arca in Vercelli hosts the exhibition The Giants of the Avant- Garde: Miró, Mondrian, Calder and the Guggenheim Collection, the fifth of a successful series conceived by the Peggy Guggenheim Collection and curated by Luca Massimo Barbero, for the Comune of Vercelli. This exhibition includes over 30 works, of both painting and sculpture, chosen to survey the careers of these three giants of the avant-garde: Miró, Mondrian, and Calder.

The two Guggenheim collectors, Peggy and Solomon, were both farsighted, with an acute eye for the avant-garde. They took risks on artists that would prove to be major figures in the history of 20th century art, collecting works that are now considered cornerstones of the avant-garde movements. Miró, Mondrian, and Calder represent a spectrum— with the poetic Surrealism of Miró at one end, the pure abstraction of Mondrian at the other, and the sculpture of Calder, with Surrealist and abstract components sympathetic to the imagery of both painters, at the center.
The exhibition is enriched by loans from the Calder Foundation, New York, the Gemeentemuseum, Hague, the Palazzo Collicola of Visual Arts – Carandente Museum, Spoleto, and the Foundation Beyeler, Rihen Basel, in addition to the works of the Solomon R. Guggenheim Foundation. This exhibition is an opportunity to discover heights of poetic fantasy that traversed the 20th century.