The Allure of the Automobile 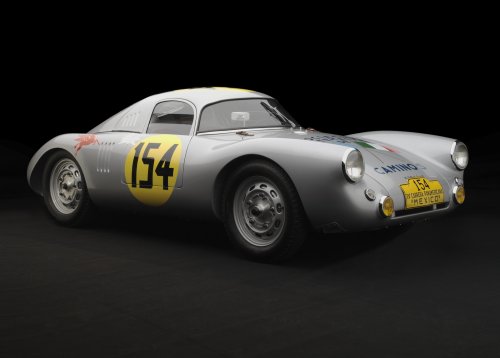 The exhibition will present 18 of the world’s rarest and most brilliantly conceived cars ranging from the 1930s to the mid-1960s, including masterpieces by Bugatti, Duesenberg, Jaguar, Mercedes-Benz, Porsche and Ferrari.
These cars combine state-of-the-art engineering, meticulous craftsmanship and groundbreaking design to create works of “rolling sculpture.”
The 18 automobiles on view at the High will include one-of-a-kind, custom-built designs that incorporate remarkable advances in automotive styling and engineering.
The sections of the exhibition will trace the evolution of the motorcar, examining the contrasts between European and American design, the influence of decorative arts and design and the significant changes in automotive styling and engineering both before and after World War II.
The featured automobiles have also won awards at prestigious world events such as the Pebble Beach Concours d’Elegance, broken records on racetracks and were previously owned by noted car enthusiasts such as Hollywood legends Clark Gable and Steve McQueen.
“The Allure of the Automobile” is organized by the High Museum of Art.
The exhibition is made possible by its Lead Corporate Sponsor, Porsche Cars North America, Inc.
Additional support provided by AkzoNobel, AutoTrader Classics, Manheim, NAPA, The Allure of the Automobile Society, Alfred and Adele Davis Exhibition Endowment, Eleanor McDonald Storza Exhibition Endowment, and Howell Exhibition Endowment Fund. Project Partner, W Atlanta Midtown.
The exhibition’s guest curator is Ken Gross, writer, automotive historian and former executive director of the Petersen Automotive Museum in Los Angeles. Ron Labaco, the High’s curator of decorative arts and design, is the managing curator. The exhibition will be accompanied by a full-color catalogue.