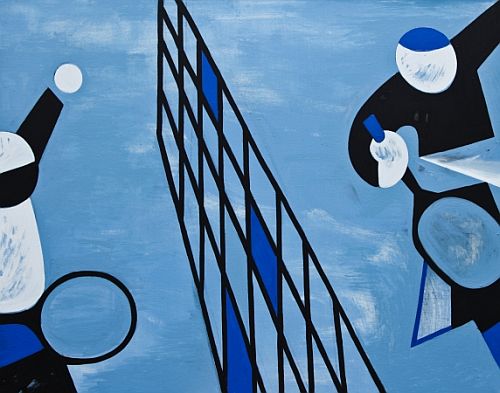 Since the mid-1980s, Tatyana Faidysh’s works had been often displayed among those created by “the eighties generation”, a generation of artists who managed to accomplish quite a lot as to contemporary art of this country in the 1980s. However, the above generation of artists had to deal with a situation of total collapse in the 1990s. Having brushed aside a majority of prohibitions and superstitions that had been deeply embedded in their elders, they had bright prospects of turning into the most creatively emancipated generation of artists. But it was not to be. The artists of the new generation found themselves in a hodgepodge of consequences following a sudden expansion of art space. Tatyana Faidysh was part of “the dumb generation”, which had neither solid standing of the elder artists nor adaptive capability of their younger colleagues who were still searching for a style of their own. On the other hand, artistic beliefs formed by “the eighties generation” helped grow a tree that would bear some fruit in terms of Russia’s contemporary art. Their artistic credo was also instrumental as regards the expansion of art bounds and possibilities, the removal of opposition between the abstract and the figurative, and the enhancement of a penchant for free search, not to mention a feeling of endless possibilities when it comes to easel painting.

In her early works dating from the 1980s, Faidysh was experimenting mostly with formal aspects of painting: texture, design, and light. In the 1990s, she began to pursue her desire for going outside the conventional perspective plane. The first artworks of the artist’s new period emerged: freeform plywood planes embossed with finely colored inscriptions, spatial objects made of foam rubber. Though Faidysh’s collage-like technique is her method of choice here, it doesn’t prevent the artist from materializing her ideas by painting. As a result, a thingish object is successfully integrated into the elements of painting. The use of color in these works makes one stand up and takes notice right away. Faidysh’s color palette is incredibly diverse. Employing large color panes, the artist is not afraid of working with color by paying special attention to the shades of it. Audacity of the same sort can also be seen in her ways of working with lines and form geometrization. Faidysh likes collating semiabstract figures with nature elements i.e. conspicuously trifling mundane details.