The Portrait Unbound: Photographs by Robert Weingarten
High Museum of Art
January 23 to May 30, 2010 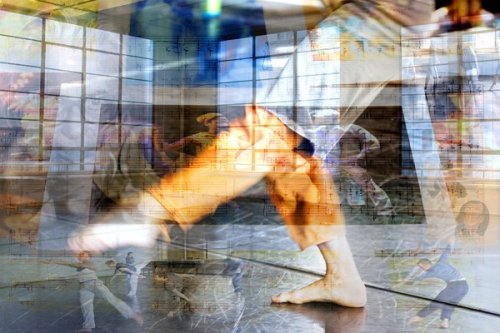 The High Museum of Art will premier an exhibition of new work by California-based photographer Robert Weingarten in January 2010. Consisting of twenty-one large-scale (60 x 90 in.) digitally created portraits of American icons, Weingarten’s project represents a bold departure from traditional camera portraiture. In “The Portrait Unbound” Weingarten has created photographs that are highly sophisticated digital compositions of imagery that allude to specific interests, achievements or moments within the subject’s life. The result is a unique and compelling composite of images which describes the subject through biographical rather than physical information. Organized by the High Museum, “The Portrait Unbound: Photographs by Robert Weingarten” will be on view from January 23 to May 30, 2010.

“Weingarten’s new project represents an exciting and full-blooded foray into the world of digital photography, which will be a first for the High and for our visitors. The photographs are crafted with consummate skill using the very latest in digital technology. They have the scale and presence of paintings,” says Julian Cox, curator of photography at the High. “Employing advanced digital techniques and a finely honed aesthetic, Weingarten’s photographs propose a radical new way of thinking about the portrait that is unconstrained by the specifics of time, place and conventional subject matter.”