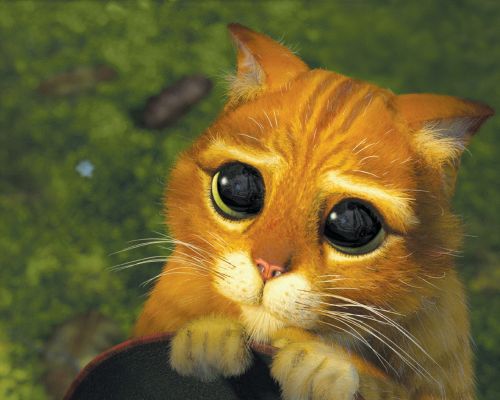 Puss in Boots, the Academy Award® Best Animated Feature nominee from DreamWorks Animation SKG, Inc. is the subject of an impressive new art exhibition at San Francisco’s Cartoon Art Museum. This 20-piece exhibit provides a behind-the-scenes overview of the development of the 2011 hit animated feature film. From preliminary character sketches to fully rendered digital landscapes, visitors can experience Puss in Boots as they have never before with this insiders look at DreamWorks’ latest animated film.

Directed by Chris Miller (Shrek the Third), produced by Joe Aguilar and Latifa Ouaou, executive produced by Andrew Adamson and Guillermo del Toro and starring the voices of Antonio Banderas, Salma Hayek, Zach Galifinaikis, Billy Bob Thornton and Amy Sedaris, the film is an origin story of Puss in Boots on his adventures before his first appearance in Shrek 2 in 2004. In the years that followed, the artists at DreamWorks Animation further developed Puss and his supporting cast, including Kitty Softpaws, Humpty Alexander Dumpty, Jack & Jill, as well as the film’s environment and storybook architecture.

A larger retrospective spanning the entirety of the film library of DreamWorks Animation SKG, Inc. will be hosted at the Cartoon Art Museum in late 2012. More information on this exhibition will be announced as plans develop.