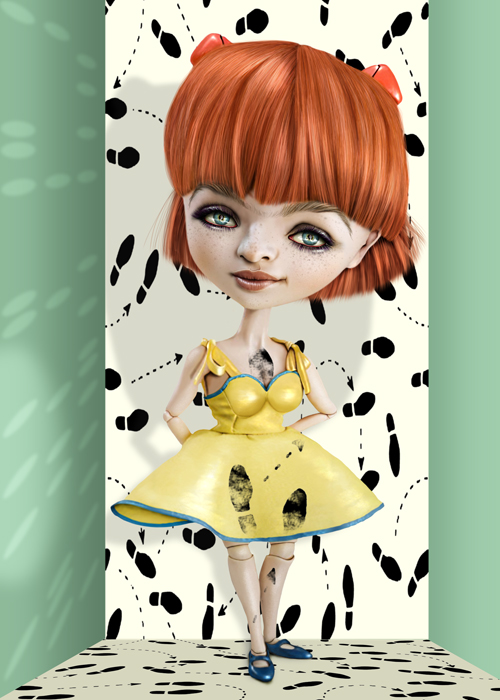 Porter Contemporary is pleased to announce A Portrait Apart, an exhibition comprised of the works of fifteen artists from around the world who are representing their unique idea of portraiture. A Portrait Apart combines the works of these artists which span six countries and seven U.S. states, giving a diverse overview of what portraiture means today through paintings, photographs, watercolors and mixed media.

The exhibition opens to the public with a wine reception on Thursday, June 9 from 7 – 9 PM and is on view through September 10, 2011.

Each artist, although around the globe from one another, is only a portrait apart. While portraiture in general is deeply rooted in tradition and often considered a conservative art form, artists today are not confining themselves to these limitations. Portraiture is taking on an idea or concept of something, perhaps not even a person, and manifesting that idea in a more abstract fashion.

Contemporary artists are drawing upon some of the same resources that have historically influenced portrait artists like celebrities, friends, family and even themselves but they are often creating fictional portraits, using unexpected mediums, dramatically cropping images and sometimes not even depicting people.

Portraiture reinvents itself with every generation and culture. A Portrait Apart encompasses the essence of what portraiture means to us today through the works of international artists