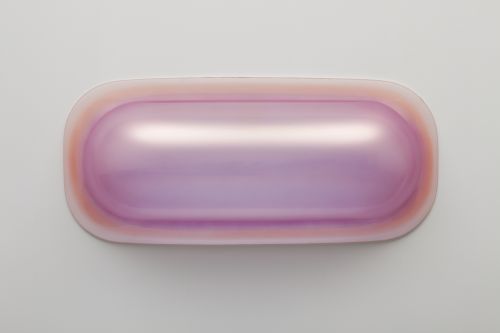 On September 25, 2011, the Museum of Contemporary Art San Diego will open its most ambitious exhibition to date. Phenomenal: California Light, Space, Surface takes an in-depth look at 13 artists working in Los Angeles in the 1960s and ’70s whose perceptual investigations and work with light and innovative materials helped define an era of art making in California.

“We have a long history with all of these artists­, perhaps longer than any other contemporary art institution in Southern California,” said Hugh Davies, MCASD’s David C. Copley Director and CEO. “We have shown the artists since they emerged in the ’60s and ’70s, and are immensely gratified to be presenting them again as part of the largest exhibition in our history.”

By directing the flow of natural light, embedding artificial light within objects or architecture, or playing with light through the use of reflective or translucent materials, these artists each created situations capable of stimulating heightened awareness in the viewer.

Combining key works from the Museum’s collection with major loans from prominent public and private collections, the exhibition includes immersive light installations together with rare, ephemeral, and site-conditioned works, some seen in California for the first time in decades.

Phenomenal: California Light, Space, Surface is part of a major initiative called Pacific Standard Time: Art in L.A. 1945-1980, an unprecedented collaboration of more than sixty cultural institutions across Southern California, which collectively tell the story of the birth of the L.A. art scene. Initiated through grants from the Getty Foundation, Pacific Standard Time will take place for six months beginning in October 2011.

While September 25 marks the official opening of Phenomenal, the Museum will install and open certain galleries throughout the summer months, allowing visitors to get a partial viewing of the exhibition, see select installations in progress, and hear from the artists, curators, and preparators. This is one of the ways MCASD is aiming to bring the museum and installation process closer to the viewer, which is part of a larger initiative funded by the James Irvine Foundation’s Arts Innovation Fund.

The galleries within the two buildings of MCASD’s downtown campus are the first to be installed. Work by Larry Bell and Mary Corse will go on view in late July. Work by Robert Irwin, Doug Wheeler, James Turrell, and Craig Kauffman will go on view by mid- to late August. Specific dates will be shared on www.mcasd.org as they are made available.