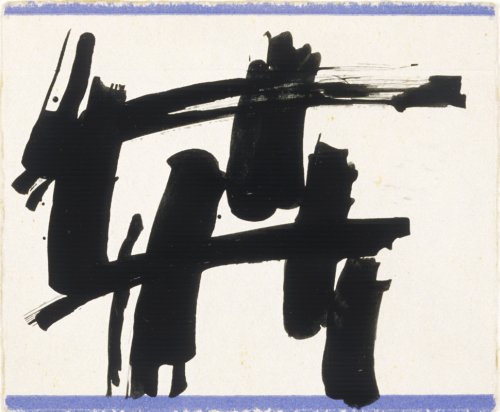 To mark the fiftieth anniversary of the death of Paul-Émile Borduas, the Musée d’art contemporain de Montréal has organized an exhibition in tribute to this great artist, a pillar of modernity in Québec and principal author of the group manifesto Refus global. From April 24 to October 3, 2010, the Musée presents Borduas: “Les frontières de nos rêves ne sont plus les mêmes,” with the participation of artists François Lacasse, Guy Pellerin, Roland Poulin and Irene F. Whittome.

Exhibition
On the occasion of the fiftieth anniversary of Borduas’s death, the Musée d’art contemporain wanted to spotlight his artistic legacy. In addition to drawing on the Musée’s remarkable Borduas Collection (123 works: 72 paintings, 50 works on paper and 1 sculpture), curator Josée Bélisle invited four contemporary artists who readily recognize the decisive role played by Borduas in the development of their practices. Accordingly, François Lacasse, Guy Pellerin, Roland Poulin and Irene F. Whittome were asked to select pieces by Borduas, as well as some of their own works that are also in the Musée Collection, and to present one or more of their recent works.

Featuring sixty or so works produced by Borduas between 1924 and 1960, the first part of the exhibition follows a dynamic and essentially chronological itinerary: his student works and his early output of the 1920s; the figurative pieces of the 1930s; the radical transformations seen in his painting of the early 1940s; the gouaches of 1942 and the Automatist adventure; his New York period, from 1953 to 1955, and the Paris years, from 1955 to 1960. François Lacasse chose La grande gouache from 1942, among other works, Guy Pellerin, the series of twenty-one inks on cigarette packages, from about 1959-1960, Roland Poulin, Untitled (No. 34) (Pierre angulaire), 1957, and Irene F. Whittome, Untitled (No. 67), about 1959.

The second part showcases around twenty pieces by the guest artists: half are from the Musée’s Permanent Collection and half are new works. This presentation of their art alongside that of the master offers a fresh new look at the legacy left by Borduas.

Borduas
Born in Saint-Hilaire, on Montréal’s south shore, Paul-Émile Borduas is a key figure in the history of Québec and Canadian art. A painter as well as a teacher, theorist, essayist and critic, he influenced several generations of artists. He was the driving force behind the formation of the Automatist movement and the writing of the Refus global manifesto (1948), which denounced what was called at the time “la grande noirceur.” After it was published, Borduas lived in exile first in New York and then in Paris, where he died in February 1960. Borduas the visionary, and his manifesto, prefigured the Quiet Revolution well ahead of its time. The title of the exhibition is actually a quotation from the Refus global.

With Glass, Under Glass, Without Glass Ming Wong at Singapore Art Museum