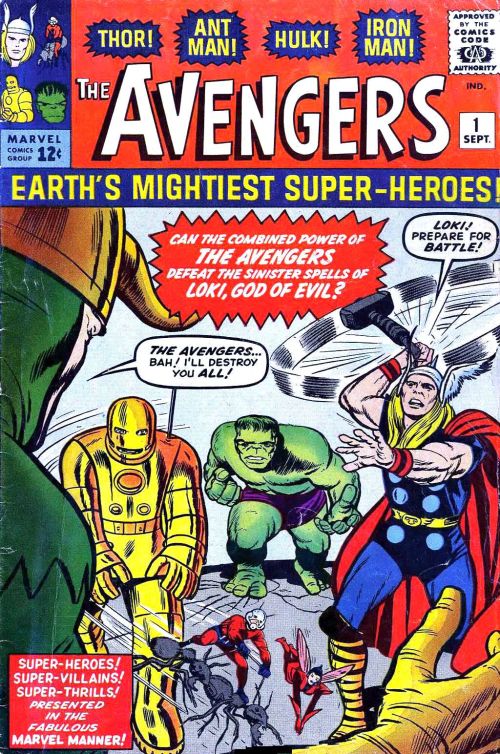 “And there came a day, a day unlike any other, when Earth’s mightiest heroes and heroines found themselves united against a common threat. On that day, the Avengers were born—to fight the foes no single super hero could withstand! Through the years, their roster has prospered, changing many times, but their glory has never been denied! Heed the call, then—for now, the Avengers Assemble!”

The Cartoon Art Museum celebrates five decades of Earth’s Mightiest Heroes with Avengers Assemble!, an exhibition featuring some of the most iconic characters in comic book history, including Captain America, Iron Man, Thor, Ant-Man, The Wasp, Hawkeye, Black Widow and The Incredible Hulk. Artists featured in this retrospective include Jack Kirby, who co-created the series with writer Stan Lee in 1963; John Buscema, considered by many to be the definitive Avengers artist; and Neal Adams, whose photo-realistic style changed comics forever in the 1960s and 1970s. Rarities from infrequent Avengers artists will also be featured, including works by Spider-Man co-creator Steve Ditko; DC Comics Vice President Jim Lee; and Sal Buscema, one of Marvel’s most prolific pencilers. Contemporary Avengers artists John Romita Jr. and Frank Cho will also be spotlighted.

Phantoms of Asia: Contemporary Awakens the Past Dawoud Bey: the Art Institute of Chicago has recently added the complete set of Harlem, U.S.A. to its permanent collection