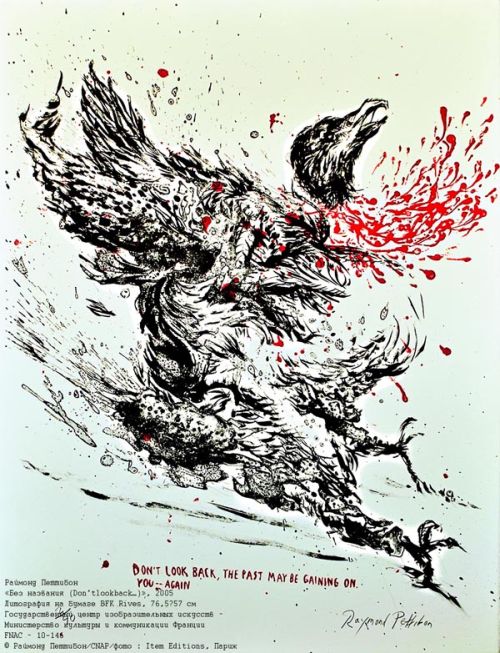 ‘RES PUBLICA’ exhibition based on the collection of the National Center for Visual Arts of France presents works by artists who comprehend art as the space of thought and reflect upon the surrounding social and political reality, as well as our relations with the world. Its title refers to the Latin term ‘res publica’, or ‘common business’, or ‘people’s business’, which in antiquity meant the highest value of social importance and became the basis for contemporary concept of the state and, in a more narrow context, the notion of a republic. ‘RES PUBLICA’ exhibition offers an approach to art as ‘common business’ and presents a sort of public space where artists share their views of the surrounding world and its structure, of man and society, of coexistence and shared life, and find adequate artistic forms of expression.

The display unites works of different genres (videos, photos, paintings, drawings, architectural models, and installations) executed by artists from different countries who explore various aspects of this broad topic.
For example, Mounir Fatmi’s ‘Save manhattan 01’ (installation, 2003-2004) and ‘Connections’ (photo, 2004-2007) expose the image of contemporary world after the 9/11 event, that is the starting point of the new epoch of policy.

In her ‘Rebels’ series of watercolors (2005), Rebecca Bournigault reveals the resistance to global integration through the image of contemporary rebel. Olivier Menanteau proposes a look at the ‘kitchen’ of today’s political media (‘Media Alert’, photos, 2006-2007). Cyprien Gaillard connects the architecture of modern residential suburbs, the policy of urban development and the social life of ‘dormitory districts’ (‘Desnyansky District’, video, 2007). Rineke Dijkstra’s photo series (‘Olivier Silva, the Foreign Legion’, photos, 2000-2003) is devoted to the official image of the defender of the motherland and the imprint that this position has left on the person, by example of a French soldier. Jochen Gerner shows the new version of the adventures of Tintin, the famous hero of comic strips (‘TNT in America’, ink on paper, 2001). John Giorno presents ‘poetic pictures’ that offer a critical view of modern society through vivid metaphors of cruelty, love and suffering (series of etchings, 2005).

Another reason to speak of art as ‘common business’ and public space is the very collection of the National Center for Visual Arts of France (CNAP). This state collection of contemporary art is one of the largest in the world (it counts more than 90 000 works) and is rather different from similar national collections in other countries, because it is not limited to works by national – in this case, French – artists, but comprises pieces by artists from all over the world.

Moreover, France is a republic. The republican slogan of ‘liberty, equality and brotherhood’ proclaimed by the Great French Revolution, are dear to the heart of every French citizen and exemplary for many other countries and international diplomacy as a whole. What do such slogans mean today, in the era of globalization, when France is changing together with the world? What does ‘common business’ mean in the time when no undisputed truths and unanimous consensus exist? What can urge us to unite in this multiplicity of polar world-views, different theories and practical methods? What makes us struggle for ‘common goals’ while others resist to them? ‘RES PUBLICA’ exhibition offers a reflection of these and other aspects of ‘shared life’. It presents a polyphony of voices and a diversity of opinions, establishing art as space of thought, free expression and dialogue. This is art that takes part in the comprehension of the surrounding reality through creative media and power of expression.