This month, Govett-Brewster International Artist in Residence Javier Téllez will present his highly anticipated ONE DAY SCULPTURE project in Opunake on Sunday, 22 March 2009, 11.00am – 2.00pm. 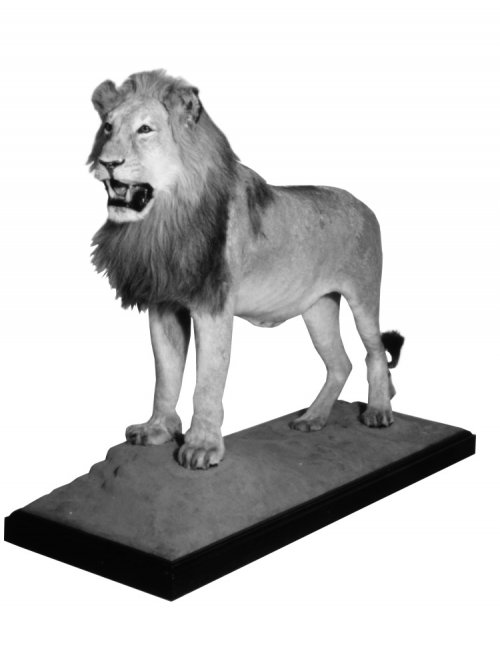 [ad#lb]
INTERMISSION will feature a live lion prowling the stalls of a 1920s movie theatre during a continuous screening of MGM’s infamous opening credits. The scene is a windswept New Zealand coastal town on an autumn Sunday afternoon. Gwelfa Burgess, the ‘oldest working usherette in New Zealand’, leads the audience to experience the thrill of seeing a lion respond to celluloid dreams.

Govett-Brewster Cotemporary curator Mercedes Vicente says INTERMISSION is a homage to cinema as a fading medium.

“It renders nostalgia for the golden years, long gone, of many Sundays spent at the ‘talking pictures’. With the arrival of home video and the resulting decrease of audience numbers, movie theatres such as Everybody’s Theatre in Opunake risked closure. In Taranaki, thanks to the initiative of octogenarian projectionists, ‘the oldest usherette in NZ’ and many cinema enthusiasts some of these establishments have been kept alive.”

As in previous works such as One Flew over the Void (2005), Téllez creates a ‘living sculpture’ that relies on unorthodox collaborations of participants and the public. INTERMISSION engenders a sense of wonder and the carnivalesque whilst addressing a sense of place and its cinematic history.

The work of Venezuelan artist Téllez reflects a sustained interest in bringing peripheral communities and invisible situations to the fore of contemporary art. It explores institutional structures, disability and mental illness as marginalising conditions, and borderline collective and individual behaviors. His practice has developed mostly within the moving image and installation tradition, although it also contains elements of performance and sculpture. Often research-based and place-specific, Tellez’s projects dwell on the social and political histories of the locations where they develop.

INTERMISSION has been commissioned by the Govett-Brewster as part of ONE DAY SCULPTURE, a New Zealand-wide series of temporary public artworks. One Day Sculpture is a Massey University College of Creative Arts, School of Fine Arts, Litmus Research Initiative.

Téllez is the 2009 Govett-Brewster International Artist in Residence, a partnership with Western Institute of Technology at Taranaki supported by Creative New Zealand.

This is the fourth project in recent years that has been staged outside of the Govett-Brewster for our wider Taranaki audiences. In 2007 Darcy Lange: Study of an artist at work, toured to Fritz Reuter, Inglewood and Percy Thomson Gallery, Stratford and recently Liz Allan’s One Day Sculpture project Came a Hot Sundae: A Ronald Hugh Morrieson Festival took place in Hawera.

Korean Fever! The Romance of the Rose: Visions of Love in Illuminated Medieval Manuscripts