The Romance of the Rose: Visions of Love in Illuminated Medieval Manuscripts

ROMANCE AT THE WALTERS ART MUSEUM
The Romance of the Rose: Visions of Love in Illuminated Medieval Manuscripts
on View January 24–April 19, 2009 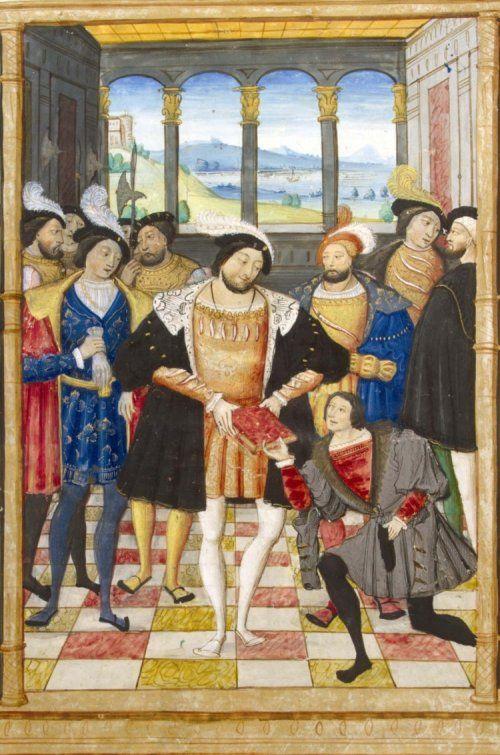 [ad#lb]
Romance is in the air this winter when The Romance of the Rose: Visions of Love in Illuminated Medieval Manuscripts opens at the Walters Art Museum on January 24, 2009. The exhibition features lavishly illuminated copies of The Romance of the Rose, a book-length poem written in Old French wherein the narrator enters a dream world and falls in love with a Rose, an allegorical representation of a young woman. During his pursuit, he instructs readers on the art of courtly love with frequent bawdy comments and surprising detours into alchemy and astronomy. Dating from the 13th century, the poem was one of the most popular medieval literary texts, as illustrated by the Walters’ own copy of The Romance of the Rose as well as loans from the Philadelphia Museum of Art, the Morgan Library & Museum, the J. Paul Getty Museum and the University of Chicago.
“This exhibition is a wonderful collaborative endeavor that makes some of the greatest medieval images of love accessible as never before,” comments William Noel, curator of manuscripts and rare books at the Walters.
The Romance of the Rose is presented by The Walters Art Museum in partnership with The Johns Hopkins University Sheridan Libraries and the Florence Gould Foundation.

Roman de la Rose Digital Library
Developed in collaboration with the Eisenhower Libraries and the Department of Romance Languages at Johns Hopkins University, the Walters exhibition celebrates the launch of the Roman de la Rose Digital Library. The online collection will contain full digital reproductions of 150 Romance of the Rose manuscripts from the above libraries as well as the Bibliothèque nationale de France. Completion of the digital library is slated for late 2009. In the meantime, visitors to the Walters can access the collection through internet kiosks in the museum’s manuscripts gallery and leaf through medieval books, zoom in on intriguing details, and compare illuminated manuscripts from around the world.

Medieval Carved Ivories
The Walters’ exhibition will also display a number of carved ivories from the museum’s medieval collection. Like Rose manuscripts, carved ivories were prized luxury items produced by skilled artisans for wealthy patrons. Among the items on display are an ivory comb, two mirror backs and the Walters’ well-known ivory casket which depicts famous love stories such as the tragedy of Tristan and Iseult. Other ivories have iconography that closely parallels the romantic illustrations in the manuscripts on display.

Admission and Hours
Admission is free. Museum hours are Wednesday–Sunday from 10 a.m. to 5 p.m. The museum is closed on Mondays and Tuesdays. The Walters will be open Monday, February 16 for President’s Day.