Offering of the Angels at Michener Art Museum (Doylestown) 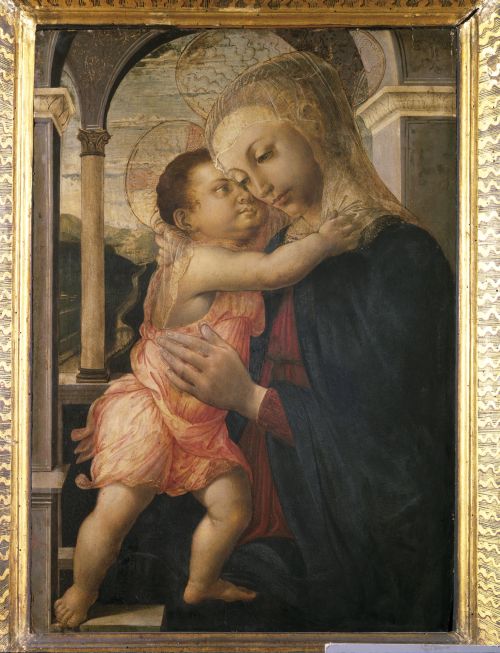 For the first time ever, a selection of paintings and tapestries from the Uffizi Gallery in Florence, Italy, by such Renaissance and Baroque masters as Sandro Botticelli, Il Parmigianino, Lorenzo Monaco, Il Guercino and Cristofano Allori, is coming to the United States. The museums participating in the national tour are the Museum of Art | Fort Lauderdale, Florida (November 20, 2011 through April 8, 2012), the James A. Michener Art Museum in Doylestown, Pennsylvania (April 21, 2012-August 11, 2012), the Chazen Museum of Art in Madison, Wisconsin (August 18, 2012-November 12, 2012) and the Telfair Museum in Savannah, Georgia (December 15, 2012-April 1, 2013).

Il Pane degli Angeli (Offering of the Angels) was such an enormous success in Florence that the Uffizi’s curators decided to make it available to an international audience. The exhibition opened the following year in Spain; first in Madrid in 2008 and later, in Barcelona in 2009, where it was visited by a half million people.

All of the forty-four works of art in Offering of the Angels are related to the theme of angels and the Eucharist. The paintings and tapestries portray scenes from the Old Testament, including the Creation of Adam, the Expulsion from the Garden of Eden, and the Miracle of the Manna, as well as events from the life of Christ, including the Annunciation, the Nativity, the Rest on the Flight into Egypt, the Last Supper, the Crucifixion and the Resurrection. All the subjects are tied together by the theme of forgiveness.

“Offering of the Angels brings to the Michener Art Museum and Southeastern Pennsylvania a wealth of tapestries and old master paintings that are rarely, if ever, seen in this region,” says Michener Art Museum Director/CEO Bruce Katsiff. “We welcome the generosity of the Uffizi Gallery in allowing these treasures to travel here. The exhibition’s impressive works of art reflect, in their fullest expression, the high points of artistic achievement of Western civilization.”

Among the exhibition’s paintings is Madonna and Child (ca. 1466-67) by Sandro Botticelli (circa 1445-1510), which reveals the spirit and lyricism for which the artist is best known. One of the earliest works is Lorenzo Monaco’s The Crucifixion with the Virgin, Saint John and Mary Magdalene (ca. 1395-1400), with its pious figures and gilt background that are a hallmark of the Late Gothic style. Luca Giordano (1634-1705), a leading figure of the Late Baroque period in Italy, is represented by the moving Climb to Calvary (1685-1686), a large canvas that depicts an emotional encounter on Christ’s acsent to his crucifixion. A featured work is the recently-restored Madonna with Child and Saint Catherine, an oil on canvas from the Workshop of Titian (ca. 1550). These canvases will be installed in the company of three large and elaborate tapestries from the 16th century that depict scenes from the life of Christ, including The Last Supper, The Descent from the Cross and the Resurrection.

The Uffizi Gallery is one of the oldest and most famous art museums in the world, with 1.6 million visitors a year. The structure was erected between 1560 and 1574 by Cosimo I de’ Medici and served as the judicial and government offices of the Tuscan state. Giorgio Vasari, a friend of Michelangelo who coined the term Renaissance, was its architect. It now houses one of the greatest collections of paintings and tapestries in the world – many of which were originally commissioned or owned by members of the Medici family. Available to visitors by special request beginning in the sixteenth century, the Uffizi Gallery was officially opened to the public in 1765. The Uffizi, named by Smithsonian Magazine as one of the “top 28 places to see before you die,” has the largest collection of Botticellis in the world, including Birth of Venus, and Leonardo da Vinci’s Annunciation,

The exhibition is coming to the United States through the efforts and encouragement of the Amici degli Uffizi, which was established in 1993 by a group of concerned Florentine citizens following a terrorist bombing that damaged the Gallery and some of its impressive artworks. Immediately embarking on the loving restoration of the building and the damaged objects, the Amici degli Uffizi adopted as its mission maintaining the artistic heritage of the Uffizi. In 2006, the Friends of the Uffizi Gallery, Inc., was established in Palm Beach, Florida, as the American sister organization to the Amici degli Uffizi. Its sole purpose is to support the activities of the Amici by helping fund its ongoing restoration projects.