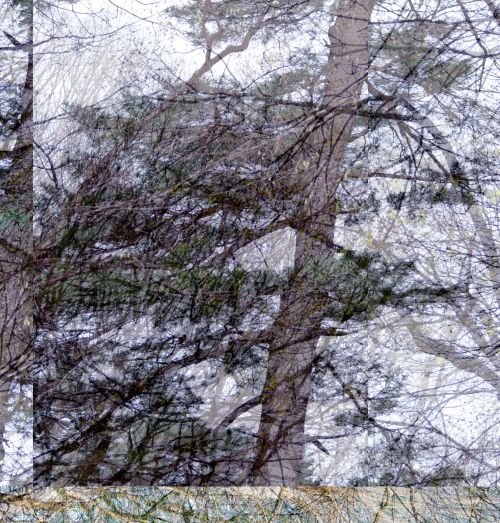 Learning to See: Photographs by Nancy Hellebrand is a series of subtly colored, large-scale photographs combining individual pictures of tree branches. Each picture is more an abstract meditation than a mirror of nature. First, digital files are superimposed to make one combined image, and then several combined images are placed side by side. The images are connected by form, line and color, creating a surprisingly complex view of nature. Some combinations are more obviously interconnected, while others are less so and may even appear quite disjointed. “Either way,” Hellebrand says, “the whole is different from the sum of its parts.”