Michelangelo Antonioni at the Crypt of Leonard 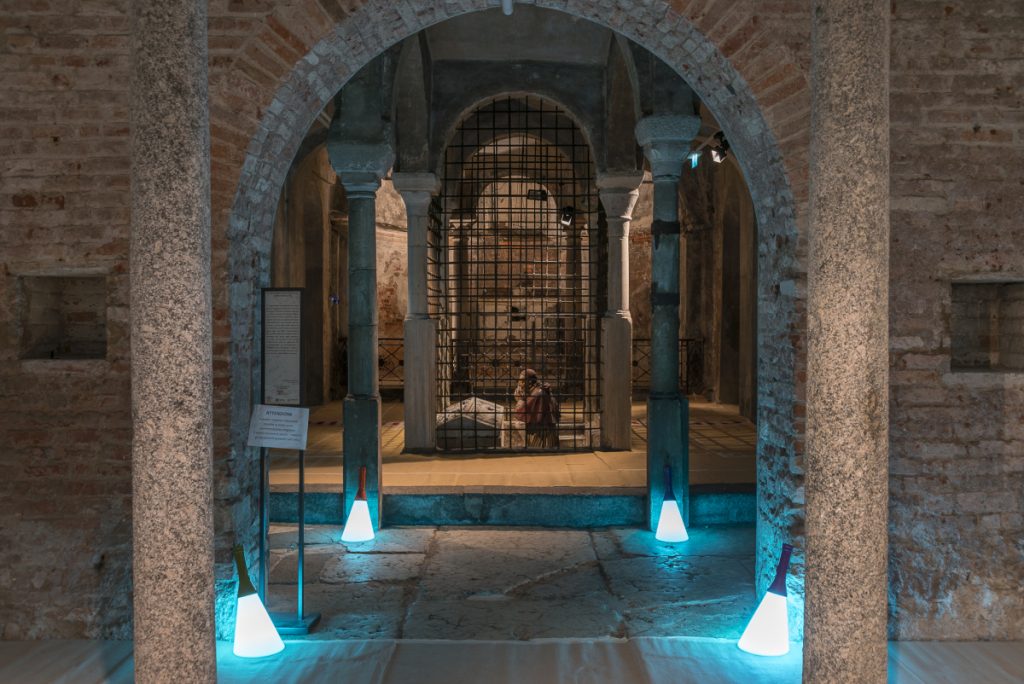 From the 11th of May to the 15th September 2018, it will be possible to see “The gaze of Michelangelo”, a 15-minute short film produced by Istituto Luce and Lottomatica. The movie, made by the director from Ferrara in 2004, three years before his death, can be considered his spiritual testament.

The initiative, curated by Giuseppe Frangi, produced by MilanoCard and Casa Testori, promoted by the Venerable Biblioteca Ambrosiana, under the patronage of the Michelangelo Antonioni Association and the sponsorship of Analysis, tells the extraordinary experience of the meeting between the director and Michelangelo Buonarroti’s Moses, in the Basilica of San Pietro in Vincoli in Rome.

The gaze referred to in the title is that of the director who enters the church immersed in the shadoes, stops and remains motionless, almost overwhelmed, in front of the masterpiece of Buonarroti, scrutinizing the details and dwelling on the expression of the prophet.

The exhibition itinerary is enriched by some photos of the Moses made by Aurelio Amendola (Pistoia, 1938), one of the most important Italian photographers.

MICHELANGELO IN THE CRYPT OF LEONARD
Milan, Crypt of Leonard (entrance in Piazza Santo Sepolcro, right side of the Church)
11 May – 15 September 2018

The Persistence of Vision: Early and Late Works by Artists with Macular Degeneration @UC_DAAP Josef Albers in Mexico