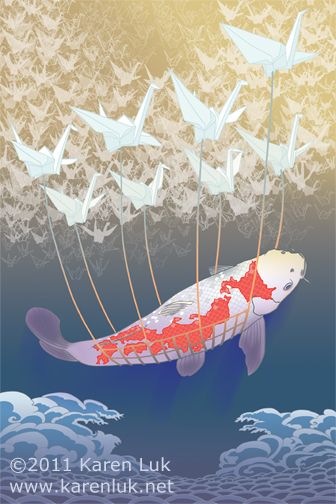 Karen Luk is drawer of words, writer of images and erstwhile sword fighter. She was professionally published at 17 by Marion Zimmer Bradley for the anthology Sword and Sorceress, but decided to make art instead while in college. She is a graduate of the California College of Art. Since 2003, she has self-published comics that combines her writing and picture making skills to tell stories. Two of her comics Sea Rover & Other Tales and Tales of Encounter are retold folk tales with a twist and original short stories. She also has written and drawn manga lessons for Manga Start a group dedicated to emphasizing art fundamentals in using a manga style. Currently, she is working on a retelling of The Highwayman that takes place during the time of 18th century sea pirates, a steampunk ABC book and new webcomic debuting in 2012.