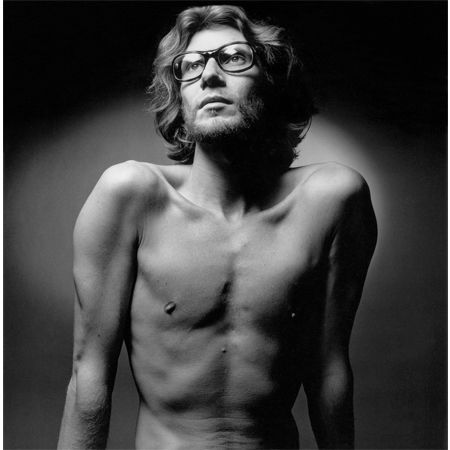 The French photographer Jeanloup Sieff (1933–2000) is a legend in fashion photography and one of the most prominent photographers of his generation. Opening on 19 February, Moderna Museet in Stockholm presents the first Nordic solo exhibition of Jeanloup Sieff.

Jeanloup Sieff began photographing in the early 1950s, as a contemporary of Helmut Newton and David Bailey, belonging to the generation succeeding Irving Penn. In the course of a long career, his photography spanned from fashion, advertising and portraits to reportage and landscapes. His images are often sensual and elegant, and in the 1960s he was much in demand as a fashion photographer, especially in the USA, where he lived for some years in New York. As a respected fashion photographer, Sieff had assignments for magazines such as Elle, Harper’s Bazaar, Vogue, Esquire, Glamour and Jardin des Modes. Sieff also engaged in commercial photography, including promotion campaigns for Chanel and Revlon and the first Yves Saint Laurent fragrance.

”In his fashion and advertising photos the models are characteristically close to the pictorial surface, an effect achieved by using a wide-angle lens. His working method was based on physical and emotional closeness. This lack of distance makes his images exciting and visually interesting,” says Anna Tellgren, curator.

In the course of his career, Jeanloup Sieff took several now classic portraits of prominent fashion icons, including Yves Saint Laurent, Karl Lagerfeld and Jane Birkin. French cultural celebrities such as François Truffaut, Catherine Deneuve and Serge Gainsbourg have also been portrayed by Sieff. Several of these portraits will be featured in the exhibition at Moderna Museet. Jeanloup Sieff was deeply fascinated by dance, another of his frequent subjects. He got to know Rudolf Nureyev just after he had defected to the West, and collaborated with the American dancer and choreographer Carolyn Carlson. The exhibition at Moderna Museet presents a selection of 53 pictures from Sieff’s photographic oeuvre, with an emphasis on his dance photography.

“He was interested in the dancers as artists, and the actual struggle during rehearsal to get their bodies to perform more or less impossible movements.
His dance photos are fascinating because they really convey the smell of sweat and the shuffling sound of dance shoes, which is exactly what he was after,” Anna Tellgren continues.