From January 27 through May 1, 2018, the Peggy Guggenheim Collection presents the exhibition Marino Marini. Visual Passions, curated by Barbara Cinelli and Flavio Fergonzi with the collaboration of Chiara Fabi. This is the first retrospective dedicated to Marino Marini. The show intends to contextualize Marini’s work in a broader art historical context. More than 70 works are exhibited in the temporary exhibition galleries as well as in the museum’s Project Rooms and the adjoining veranda. Marino Marini. Visual Passions has been overseen by a scientific committee comprised of the curators and Philip Rylands, Salvatore Settis, Carlo Sisi and Maria Teresa Tosi. 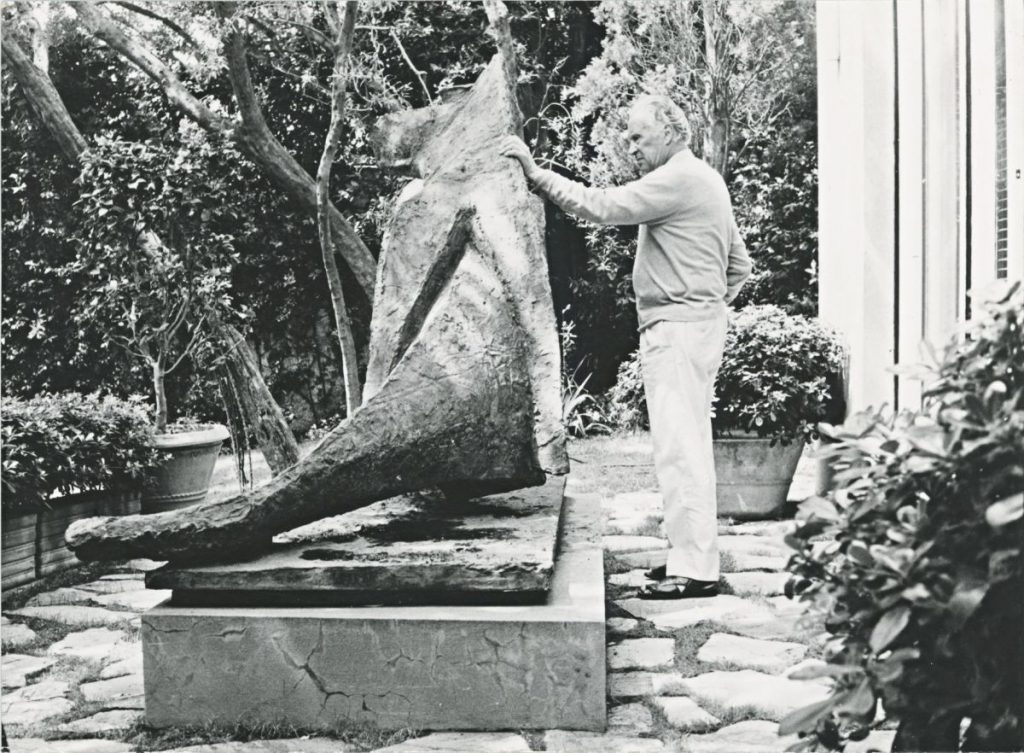 The intimate galleries of the Peggy Guggenheim Collection, the exhibition’s second venue after Palazzo Fabroni in Pistoia, allow an unprecedented, concentrated and close examination of more than fifty sculptures by Marino Marini. These are exhibited together with twenty additional works ranging from antiquity to the 20th century which lend comparison to Marini’s work. The exhibition allows for an intensive dialogue between Marini’s sculptures and those from the Italian plastic tradition which interested the artist—the great models of the 20th century and important examples of the sculptural tradition from past centuries: Egyptian, ancient Greek and Etruscan antiquities, Medieval, Renaissance and 19th-century sculpture which have never before been exhibited at Palazzo Venier dei Leoni. Such dialogue offers a new and critically innovative point of view on the themes addressed by Marini, moving beyond the limits of chronology, styles and periods. Following Marini’s artistic production from the 1920s to the 1950s, each room displays aspects of this dialogue.

In the first two rooms early heads and busts are flanked by Etruscan heads and canopies, an ancient Greek head from Selinunte and a Renaissance bust by Andrea Verrocchio; while People, a terracotta work from 1929 which marked a decisive turning point, is exhibited together with the cover of an important Etruscan burial urn. Toward the middle of the 1930s, Marini focused on the subject of the male nude and produced a series of statues destined to leave a mark on European sculpture, as evidenced by the comparison between two great wooden works of his and two significant sculptures on the same theme by Arturo Martini and Giacomo Manzù. During those years and the years to follow, Marini expanded his subjects. Three of his masterpieces—Icarus, a Rider and a Miracle—are reunited in a subsequent room and testify to the surprising range of languages and styles with which Marini, at the height of his expressive abilities, put himself to the test.

The exhibition continues with a room dedicated to the “Pomonas” and female nudes that Marini created based on an original and modern reworking of post-Rodin classicism. Marini transformed the female body into an abstract form. His nudes are exhibited together with those of Ernesto De Fiori and Aristide Maillol. Some of Marini’s drawings give testimony to the phases of the plastic invention of the female nude; drawing was a medium especially dear to him. 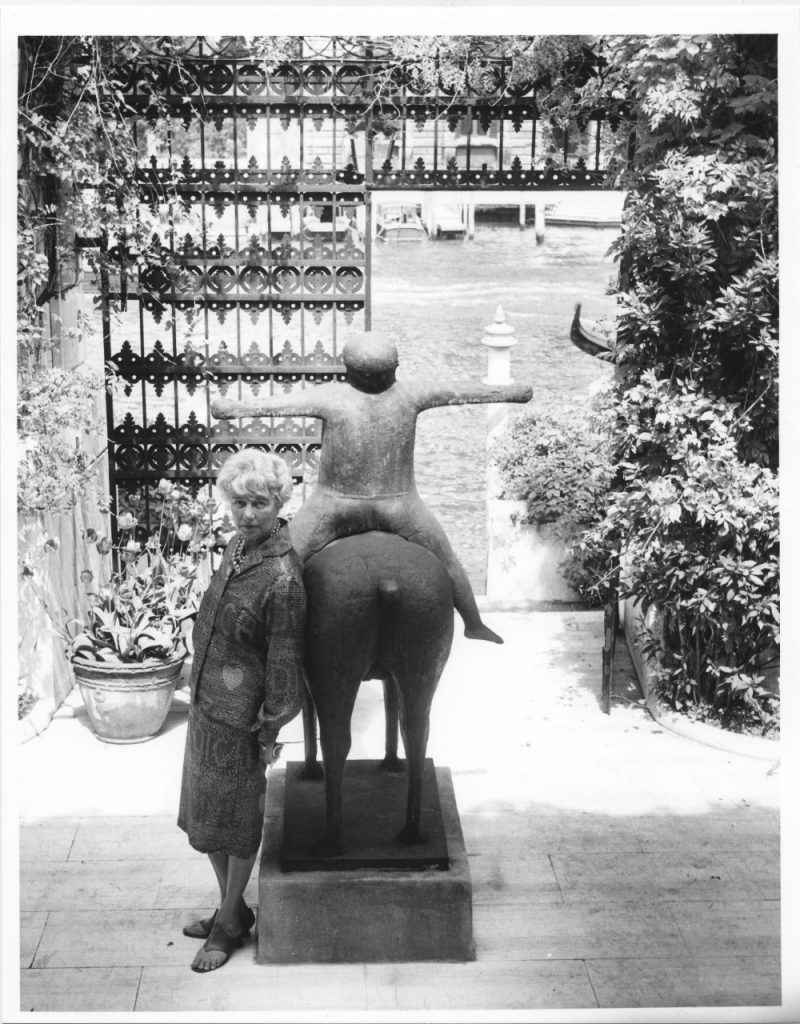 Around 1940, while most Italian and European sculptors appear to abandon the lessons of Auguste Rodin, Marini revisited them and began a new season of research that led to confronting the existential form of Germaine Richier. Two small rooms present these comparisons. They are particularly important because in the war years, while exiled in Switzerland, Marini seemed to veer toward a dramatic plastic expressionism. In the post-war years, Marini investigated the theme of the “Horse and Rider” in more abstract forms and created an important body of works, displayed in the following three rooms. These are Marini’s most significant and successful works, they were sought after by international collectors and were decisive in establishing Marini’s prominent position within contemporary figurative sculpture. The Peggy Guggenheim Collection’s notable piece, The Angel of the City (1948), is one of the most iconic works in the collection and is still exhibited where Peggy Guggenheim decided to place it, between the gates of Palazzo Venier dei Leoni overlooking the Grand Canal. Peggy Guggenheim bought the plaster version of The Angel of the City in 1948 and the following year Marini cast the sculpture in bronze, in time to be exhibited in the Contemporary Sculpture Exhibition, curated and organized by Peggy herself in the garden of Palazzo Venier dei Leoni.

The exhibition continues with a gallery dedicated to portraits. Marini reinvented the meaning of sculptural portraiture. Drawing from the past, specifically Egyptian art, he pursued pure monumental volume while at the same time paying close attention to the personality of the subject. A comparison between two Portraits of America Vitali, one by Marini and one by his contemporary Giacomo Manzù, highlight the polarities of sculptural portraiture in Italy before the war. After the war Marini invented a new language for the expressive rendition of the human face. This language looked at Cubist decompositions and Expressionist deformations and made him the greatest portrait-sculptor of the century.

After 1950 the subject of the unseated “Rider” was the occasion for a purely spatial research. As shown in the last room dedicated to the famous “Miracles”, the subject became almost unrecognizable. The series of “Jugglers” is exhibited next to Etruscan bronzes and works by Henry Moore, while the small and large “Warriors” and the “Reclining Figures” of the 1950s and 1960s are compared with the Tuscan tradition of Giovanni Pisano and the more experimental solutions by Pablo Picasso.