Hyperlinks: Architecture and Design at Art Institute of Chicago (USA) 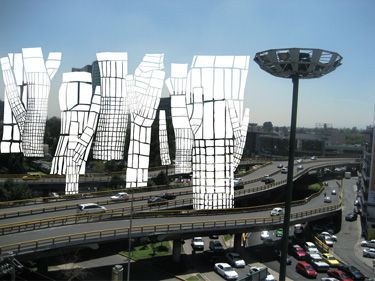 Modern architecture and design were long viewed as separate disciplines until practitioners in the mid-20th century began crossing boundaries and rethinking form and function. This fluid exchange of ideas has led to innovative solutions addressing issues at the heart of contemporary life–ones that impact the environment, sustainability, technology, politics, personal well-being, and health and safety. The Art Institute of Chicago has now organized a major exhibition highlighting important recent developments that have resulted from the intersection of architecture and design. Hyperlinks: Architecture and Design–on view December 11, 2010 through July 20, 2011, in Galleries 283-285–presents more than 30 proposals and ideas from an international group of architects and designers, including Florencia Pita/mod, Jurgen Mayer H., R&Sie(n), Experimental Jetset, EMERGENT/Tom Wiscombe, Arik Levy, Studio Makkink & Bey, Shigeru Ban, Joris Laarman, Nacho Carbonell, and Matali Crasset . Instead of borrowing from past discourses, these architects and designers move beyond them with projects that illustrate the potential that is inherent in more open-minded and inventive ways of working that encourage innovative new directions, fresh thinking, and discovery.

Since the beginning of the 20th century, the disciplines of modern architecture and design have been viewed as separate idioms that share a common ideology. While this approach allowed architects such as Le Corbusier, Marcel Breuer, and Mies van der Rohe to design buildings as well as furniture, the characteristics of these mediums were always true to their typologies and the boundaries between the two were never blurred. Lesser known architects, such as Fredrick Kiesler and Jean Prouvé, looked at crossing these typological boundaries to rethink form and function as well as aesthetic subjectivity. This methodology was further explored by a post-1968 generation of architects such as Archigram, Bernard Tschumi, Rem Koolhaas, and designers including Ettore Sottsass, Achille Castiglioni, and, more recently, Ron Arad and Philippe Starck, who rethought the tenants of the modern movement and incorporated ideologies such as linguistics, semiotics, and film theory from outside the disciplines to constitute a critical framework that would be more reflective of current cultural conditions.

The term “hyperlinks,” used here as the title of the exhibition and accompanying catalogue, suggests a paradigm shift that is occurring across the fields of architecture and design based on constant conversation between disciplines. Fueled by advances in production processes, materials research, social and environmental concerns, and factors drawn from areas such as scientific and biological research, inventive links between practices are resulting in new attitudes to architecture and design that are opening up these subject areas and stretching their range of influence. Throughout history, alliances between creative fields have resulted in a diverse range of transdisciplinary practices. The ten hyperlinks that define the projects that are included in the exhibition (Hyper-Active; Hyper-Digital; Hyper-Dimensional; Hyper-Functional; Hyper-Narrative; Hyper-Hardwired; Hyper-Mobile; Hyper-Real; Hyper-Social; Hyper-Sustainable) are not meant to be absolute but function like citations and references, providing footnotes that prompt exploration. Yet they illustrate the myriad ways in which architects and designers are probing beyond the confines of their fields to provide innovative solutions that are transforming our object and built landscape.

Not always intended as ends in themselves, however, multidisciplinary practices can also be used as experiments into underexplored issues meant to motivate reflection on the values and practices that are often overlooked in society. These ideas are reflected in projects that range from the Lover’s Bench (2009) by designer Nacho Carbonell, which poetically explores issues of private and public space, and Walkingpapers.org (2010), a social mapping project by design studio Stamen that provides a public forum for updating online information, to architect Keiichi Matsuda’s film Augmented (hyper)Reality: Domestic Robocop (2009), which investigates the potential of environments that are enhanced by advanced technologies, and Troika’s Plant Facts Plant Fiction (2010), a project that demonstrates the potential environmental benefit of natural and artificially generated species of plants. Hyperlinks also includes specially commissioned works: inventive new furniture elements by architect Greg Lynn and a multi-media project by Simon Heijdens that attunes the ambience of a space to exterior climatic conditions. Whether tackling new solutions to traditional spatial practices, suggesting inventive responses to current environmental concerns, or dealing with issues that address the collective well-being of society, the practitioners who are included in this exhibition are at the forefront of a cutting-edge field.

In conjunction with Hyperlinks: Architecture and Design , the Art Institute of Chicago, in association with Yale University Press, has published a handsome 160-page, fully illustrated catalogue that brings even greater focus to the projects, architects, and designers featured in the show. The catalogue features essays written by Zoë Ryan, exhibition curator, acting John H. Bryan Curatorial Chair of Architecture and Design, and the Neville Bryan Curator of Design at the Art Institute; and Joseph Rosa, guest exhibition curator and director of the University of Michigan Museum of Art. The catalogue sells for $30.00 and is available in the Museum Shop and online at www.artinstituteshop.org.

Hyperlinks: Architecture and Design and its publication were made possible by the generous support of the Fellows and Benefactors of the Architecture and Design Department, the Architecture & Design Society, the Celia and David Hilliard Fund, the Schiff E-Gallery Fund, the Graham Foundation for Advanced Studies in the Fine Arts, and Luminaire. Support is also provided by members of the Exhibition Trust: Anonymous, the Earl and Brenda Shapiro Foundation, and Mr. and Mrs. Paul Sullivan.