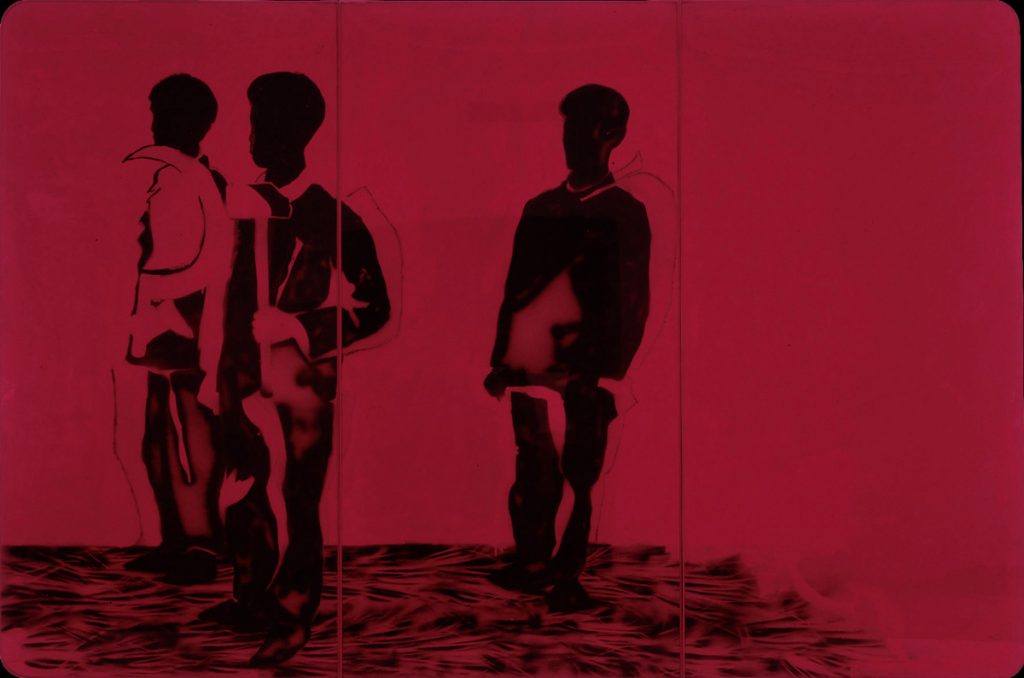 Fondazione Marconi, Milan (Italy) from 30 November 2018 to 16 February 2019
“Dear Mario: work, unplug the phone and forget all the troubles of this world. Best regards.”
This letter, dated 29 September 1965 and addressed to Mario Schifano, was signed by Giorgio Marconi on the eve of the inaugural exhibition in his first exhibition space.
True Love was the first painting the Roman artist showed at Studio Marconi in November that same year, alongside works by Valerio Adami, Lucio Del Pezzo and Emilio Tadini.
True Love was also the title of Schifano’s first solo exhibition, again at Marconi’s, just a month later in December 1965.
This exhibition was soon followed by others: Inventario con anima e senza anima (November 1966), Tuttestelle (October 1967), Compagni, compagni (December 1968) and Paesaggi TV (December 1970).
It is precisely to this period of Mario Schifano’s career that Fondazione Marconi has turned its attention, offering a tribute to the artist twenty years after his death while also retracing the early stages of his collaboration with Studio Marconi.
After an initial apprenticeship in Informalism, Schifano’s painting emerged in the early 1960s. The first exhibition of his work was in 1959 at Galleria La Salita in Rome, in a group show that included Festa, Angeli, Lo Savio and Uncini. In the exhibition catalogue, Cesare Vivaldi commented: “Mario Schifano is perhaps the most genuine painting talent to appear in Rome since Burri.”
It was the period of his monochromes: highly original paintings in one or two colours that seemed to evoke the zero degree of painting and the arrival at a point of no return.
But that was only a starting point, since as early as 1962 his works became populated with fragments of images and signals from the metropolitan landscape, which shortly made way for new kinds of painting that included images of streets, accidents, nature en plein air, “anaemic landscapes”, “details” and “trees”.
It was during this period that Giorgio Marconi got to know Schifano, having seen his work at Plinio De Martiis’s Galleria la Tartaruga and at Mara Coccia’s. Marconi bought his first Schifano paintings at Federico Quadrani’s Galleria Odyssia, where he also had the opportunity to meet the artist in person. 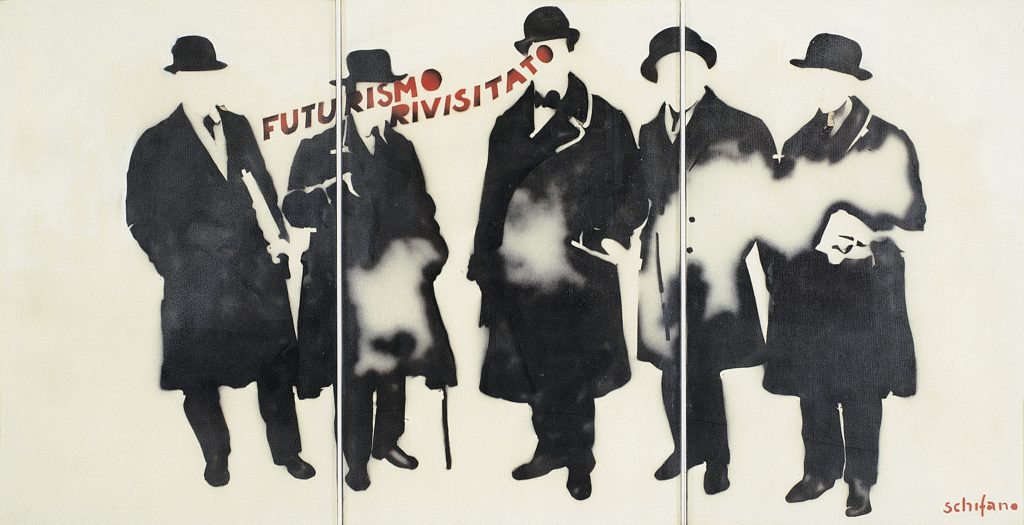 In the latter half of 1963 Marconi and Schifano established their first collaborative agreements, which in the spring of the following year were formalised in an exclusive contract.
Captivated by his paintings, Marconi called him “a brilliant volcano” and considered him one of the greatest Italian painters of his day.
The partnership between the two ended in 1970, but Marconi’s interest in Schifano continued. He organised exhibitions of his work in 1974,1990 and 2002, as well as two more recent shows held in 2005 and 2006, entitled respectively Schifano 1960-1964.
From the Monochromes to the Streets, and Schifano: From Landscape to TV, each accompanied by an important catalogue published by Skira.
This current exhibition aims to reconstruct the exhibitions that took place between 1965 and 1970, beginning on the ground floor with Vero amore (1965), where the main image is of a leafy, robust and vigorous tree, repeated innumerable times in various versions.
This is followed by Inventario con anima e senza anima (1966), in which Schifano presented the cycle Futurismo rivisitato, based on the well-known photograph of the Futurist group taken in Paris in 1912, and Tuttestelle (1967), in which spray-painted stars evoke childhood memories, and Schifano began his use of transparent or coloured Perspex sheets to create original veiling effects. Following these is an entire room dedicated to large masterpieces, while the first floor hosts the series Compagni, compagni (1968), inspired by the political events of the day and based on a photograph of Chinese workers or students bearing a hammer and sickle, which Schifano transformed into a media icon. The itinerary ends on the second floor with Paesaggi TV (1970), in which images taken from the television screen have been isolated from their context, elaborated with touches of nitroaniline colour and displayed on emulsified canvas, paper or film.
The exhibition not only intends to pay homage to the artist, but also to celebrate his collaboration with the historic Milan gallery, which at the time had just begun to operate.
The public will therefore be able to see (or see again) works that were presented in Milan in those years (often for the first time), and which still form an integral part of the Marconi collection.
The exhibition itinerary is completed by an extensive selection of repertory materials, including publications, photographs and writings.