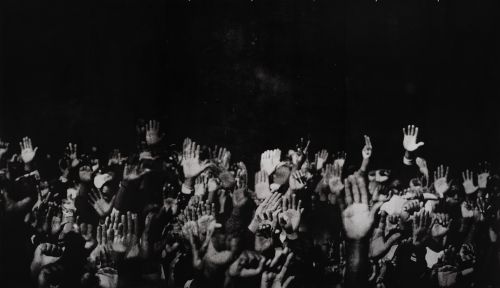 The Modern Art Museum of Fort Worth presents the first comprehensive midcareer retrospective of Glenn Ligon (b. 1960), widely regarded as one of the most important and influential American artists to have emerged in the past two decades. Organized by the Whitney Museum of American Art and Whitney curator Scott Rothkopf, in close collaboration with the artist, the exhibition surveys 25 years of Ligon’s work, from his student days until the present.

Glenn Ligon: AMERICA features roughly 100 works, including paintings, prints, photography, drawings, and sculptural installations, as well as striking recent neon reliefs. The retrospective also debuts previously unexhibited early works, which shed light on Ligon’s artistic origins, and for the first time reconstitutes major series, such as the seminal Door paintings that launched the artist’s career. Works in the exhibition come from important institutional and private collections, as well as from the artist’s personal collection.

The Modern’s curator, Andrea Karnes, comments, “The Modern is honored to host this major exhibition of one of the most important American artists working today. This midcareer retrospective includes Ligon’s key works to date, and shows the development of his career in a way that is insightful and revealing.”

Throughout his career, Ligon has pursued an incisive exploration of American history, literature, and society in a body of work that builds critically on the legacies of modern painting, and more recently, conceptual art. A leading member of a generation of artists who came to the fore in the late 1980s and early 1990s by exploring racial and sexual identity in their work, Ligon is best known for his series of text-based paintings based on the writings of noted African American authors such as Zora Neale Hurston and Ralph Ellison, as well as Jean Genet, John Howard Griffin, and Mary Shelley, among others. These iconic black-and-white paintings-with their play between abstraction and legibility, light and dark, disembodied text and painterly physicality-signaled the arrival of a singular artistic vision that synthesized questions of identity with key concerns from recent art history, such as the role of appropriation and language in art. Rothkopf remarks, “Although Ligon emerged in the wake of the American culture wars, with hindsight we are increasingly able to appreciate the formal subtlety and beauty of his work, which in fact adds to its force and social relevance. The exhibition is titled Glenn Ligon: AMERICA to draw attention to the fact that he addresses the concerns of all Americans, regardless of our backgrounds, while exploring our sometimes troubled histories and shared dreams for the future.”

Moment – Ynglingagatan 1, Stockholm Black and White and Read All Over: Comics of the New Millennium, San Francisco