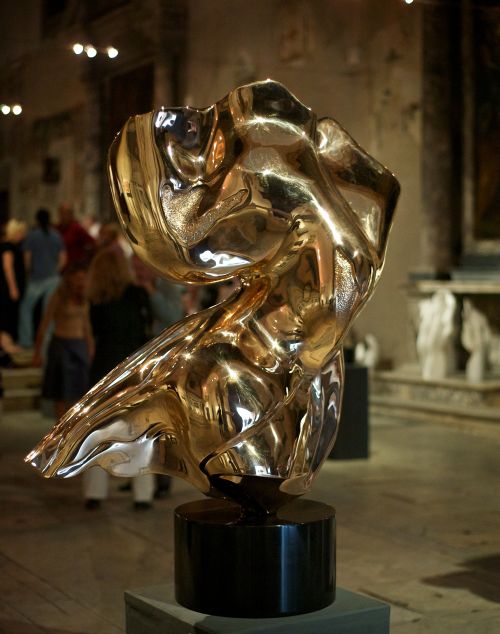 Salisbury Cathedral is to host the first major retrospective of Helaine Blumenfeld OBE, one of Britain’s leading contemporary sculptors working in marble and bronze. The Messenger of the Spirit will bring together 18 extraordinarily beautiful pieces spanning her career of more than four decades. The works will be displayed throughout the Cathedral itself with 6 monumental works installed in the Cathedral Close.

Jacquiline Creswell, Visual Arts Advisor for Salisbury Cathedral, has been working closely with Helaine Blumenfeld for the past three years to curate what will be an inspirational show in the Cathedral, providing the opportunity for the thousands of visitors to see this sculptor’s work.

The exhibition shares its title with one of Blumenfeld’s best known pieces ‘Messenger of the Spirit’, inspired by the belief expressed in the Old Testament that the Angel is the closest representative of God that we as
humans can experience. ‘Angel’ in Biblical Hebrew is malakh, or ‘messenger’.

Blumenfeld’s work has been shown in over 70 exhibitions worldwide and her sculptures feature in numerous international public and private collections. In 2011 Helaine Blumenfeld was awarded an Honorary OBE in recognition of her outstanding contribution to art.