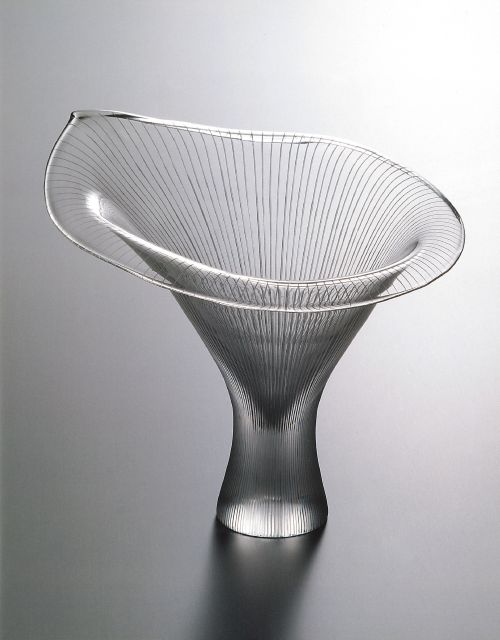 Museum Boijmans Van Beuningen will be exhibiting a selection of objects from the extensive collection of Scandinavian glass of Cor and Sjoukje de Wit. It includes not only autonomous objects but also industrially manufactured work of Finnish designers.

Several years ago, Cor de Wit (1922) and his wife Sjoukje (1920-2009) donated their collection of 20th century Scandinavian glass to the museum. That collection consists of 800 objects – mass-produced items and unique objects by primarily Finnish designers. They purchased all this glass, large and small, during the dozens of trips they have made since the 70s through Finland, often buying directly from the designers and the factories.

Personal selection
Cor de Wit has put together a presentation of circa 60 objects for the museum, which will be displayed in two cabinets. Work is on show by Markku Salo, Kaj Franck, Saara Hopea, Oiva Toikka, Lisa Johansson-Pape and Tapio Wirkkala.
In the 60s, Cor de Wit, now 90 years old, was closely associated with the Stichting Goed Wonen [Good Living Foundation] and its renowned magazine, of which he was also editor in chief for many years. Partly thanks to this job, he got to know many leading Dutch designers and architects, including Mart Stam and Piet Zwart. In recent years he has recorded his extensive knowledge of architecture and design in various pamphlets that he has published himself. He also wrote such a pamphlet about glass entitled The Finnish Golden Years.