Betty Goodwin: A Critical Survey through the Prism of the Collection

Betty Goodwin: A Critical Survey through the Prism of the Collection
from May 22 to October 4, 2009
Musée d’art contemporain de Montréal 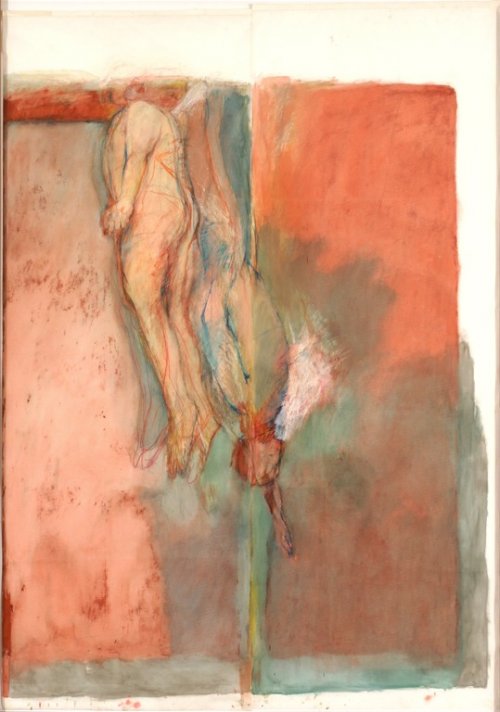 [ad#lb]
The Musée d’art contemporain de Montréal is paying a vibrant tribute to Betty Goodwin, the grande dame of Canadian contemporary art, who passed away late last year. The exhibition Betty Goodwin: A Critical Survey through the Prism of the Collection will have an initial run at the Musée from May 22 to October 4 before it begins touring in September 2010.

Over the years, the Musée has built up a body of works that is highly representative of Goodwin’s practice as a whole. It acquired two of her now iconic “vest” prints in 1973, and organized her first major exhibition in 1976, a survey show of fifteen years of her output. Now, thirty years later, the museum is offering a fresh overview of the artist’s career, through forty works from the Permanent Collection that highlight the originality and scope of her multidisciplinary art: small pieces and monumental works, drawings, prints, collages, assemblages, paintings, sculptures and installations. The major series that punctuated her practice communicate her heartrending vision of the human condition. The prints exploring articles of clothing—Vest, Gloves, Hat—announce a theme that would recur throughout her work: that of the trace and absence, the self and the other. The Nest works speak of both fragility and strength; the Tarpaulin and Kite series are metaphors for coverings; Tomb and Passage explore the theme of transition; the Swimmers are suspended between drowning and resurfacing; the Distorted Events attest to human cruelty; the cloudy, turbulent skies of the Beyond Chaos series propel us into a world beyond.

According to curator Josée Bélisle, “Betty Goodwin tirelessly examined the objects that shape our era and our passage through the unstable territories of existence. A sense of timelessness, almost of an eternity vanquished, runs through the work of this artist, whose recent death we mourn.”

Born in Montréal in 1923, Goodwin embarked on her artistic career in the mid-1940s, with paintings tinged with social realism. Her acquaintance with Yves Gaucher, who taught her printmaking in the late 1960s, would significantly influence her approach. Her remarkable, sensitive graphic works would then propel her to the forefront of contemporary art. Although she explored different media, she continually returned to drawing, and gained widespread recognition with her celebrated Swimmers series. Truly an ambassador for art, she represented Canada at the leading international events—Tokyo International Print Biennial, 1974; Ljubljana Biennial of Graphic Arts, 1975; São Paulo Biennial, 1989; and Venice Biennale, 1995—and was honoured with the highest distinctions: Victor Martyn Lynch-Staunton Award of the Canada Council for the Arts, 1981; Banff School of Fine Arts National Award, 1984; Prix Paul-Émile Borduas, 1986; John Simon Guggenheim Foundation Fellowship, 1988; Gershon Iskowitz Prize of the Gershon Iskowitz Foundation and the Art Gallery of Ontario, 1995; Harold Town Prize, 1998; Governor General’s Award and Order of Canada, 2003. Goodwin’s works may be found in major public and private collections across the country.