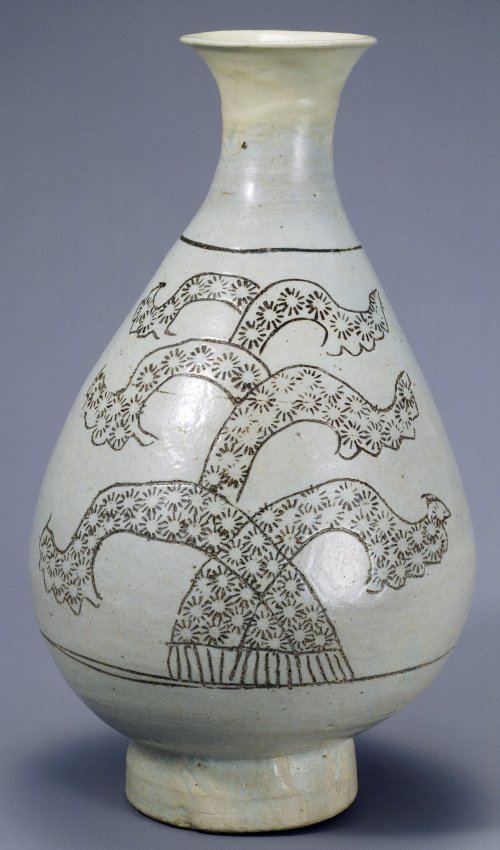 [ad#lb]
The early Joseon period, a time of extraordinary artistic achievements in Korea, will be explored in a loan exhibition opening at The Metropolitan Museum of Art in March 2009. Showcasing approximately 47 spectacular works—painting, ceramics, metalwork, and lacquer—Art of the Korean Renaissance, 1400-1600 will illustrate the lively and nuanced story of the formidable cultural renaissance that flourished during these two centuries. Drawn from major museums and collections in Korea, Japan, Germany, and the United States—including the National Museum of Korea; Leeum, Samsung Museum of Art; Kyushu National Museum of Japan; Museum of Oriental Ceramics, Osaka; Museums of East Asian Art, Cologne; Museum of Fine Arts, Boston; Cleveland Museum of Art; Mary and Jackson Burke Foundation; and the Florence and Herbert Irving Collection—the exhibition will also include the Metropolitan’s recently acquired mid-16th-century hanging scroll, Gathering of Government-officials. The presentation will launch a series of focused exhibitions on important periods in Korean art history, to be held at the Museum over the next 10 to 15 years.

The exhibition is made possible by the Korea Foundation and The Kun-Hee Lee Fund for Korean Art.

With the establishment of the Joseon (“Fresh Dawn”) dynasty in 1392, secular art and culture thrived. The Neo-Confucian royal court and elite scholar-officials, the primary patrons of the arts, created an environment in which Korean and East Asian classical traditions were re-emphasized, and innovative art forms were celebrated. At the same time, Buddhism—which had been the state religion on the Korean peninsula for over 1,000 years—though actively suppressed publicly, remained an enduring part of the Korean culture during the early Joseon period.

Organized into six thematic sections, the exhibition will display many seldom seen masterpieces. Among them are a rare set of eight hanging scrolls titled Eight Views of the Xiao and Xiang Rivers (Jinju National Museum of Korea), which exemplifies the Korean transformation of an earlier Chinese pictorial tradition; a number of
superlative examples of early Joseon white porcelain, including a striking flask-shaped bottle (Leeum, Samsung Museum of Art); an exceptional Buddhist painting (dated to 1570) illustrating a popular narrative and featuring inscriptions written in the Korean alphabet, which was invented in 1443; and a winsome painting titled Mother Dog and Puppies (National Museum of Korea) by Yi Am (1507-66), a descendent of the Great King Sejong (r. 1418–50) and an artist renowned for his unique paintings of royal-breed animals. A painting of a majestic falcon (Museum of Fine Arts, Boston)—formerly attributed to a Chinese painter and
recently reattributed to Yi Am—will be introduced for the first time as a Korean painting.

The exhibition is organized by Soyoung Lee, Assistant Curator in the Metropolitan Museum’s Department of Asian Art.

It will be accompanied by a fully illustrated catalogue written by Soyoung Lee with JaHyun Kim Haboush (Columbia University), Sunpyo Hong (Ewha Woman’s University), and Chin-Sung Chang (Seoul National University). The first English-language publication on this subject, the book will be an important addition
to a field that still has a paucity of scholarly yet accessible publications in English.
Published by The Metropolitan Museum of Art and distributed by Yale University Press, the catalogue will be available in the Metropolitan Museum’s book shops.

The catalogue is made possible by The Miriam and Ira D. Wallach Foundation and The Kun-Hee Lee Fund for Korean Art. Additional support is provided by the Korea Foundation.

The Museum will offer an array of educational programs in conjunction with the exhibition, including a Sunday at the Met lecture program on May 17 at 1:00 p.m. and gallery talks by Soyoung Lee throughout the exhibition.