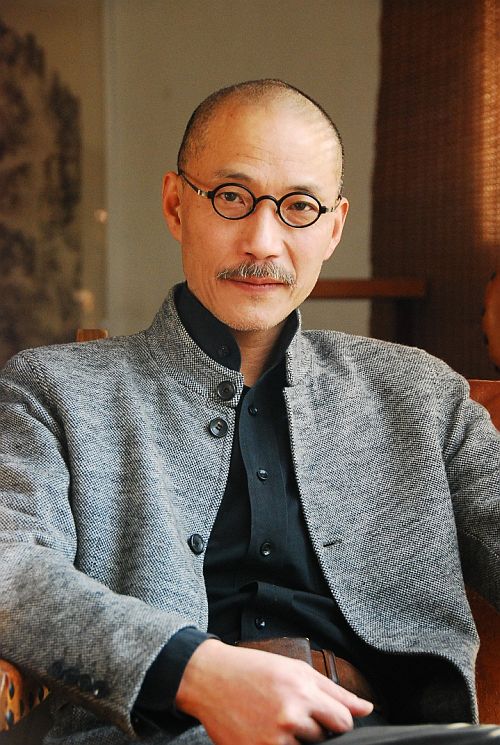 February 8–April 28, 2013 An exhibition that juxtaposes thousand-year-old Chinese landscape paintings with the monumental landscapes of the living Chinese master Xu Longsen, Journey through Mountains and Rivers: Chinese Landscapes Ancient and Modern, opens on Feb. 8 at The Nelson-Atkins Museum of Art in Kansas City. The exhibition is a celebration of six treasured landscapes from the Nelson’s collection that have just received incredible critical and public acclaim in the exhibition Masterpieces of Chinese Painting and Calligraphy from American Collections presented at the Shanghai Museum.

This is a unique opportunity to view these masterworks which, because of their fragility, are rarely displayed. In conversation with these ancient works are 14 landscape paintings by Xu Longsen ranging from small, fan-shaped paintings to a monumental, horizontal scroll which is the largest Chinese landscape painting ever created and has never before been displayed in public.

“The rise of landscape painting in China from the 10th to the 13th centuries represents one of the most important revolutions in the history of art,” said Julián Zugazagoitia, CEO & Director of the Nelson-Atkins. “This landscape tradition has endured for a thousand years and is breaking new ground in the works of artists such as Xu Longsen.”

Although Roman mural painting depicted figures in landscape settings, in China, for the first time, landscape itself became a primary theme. Tiny figures were often present, serving to emphasize both the vastness of nature and mankind’s intimate relationship with the natural world.

“Landscape painting was not merely the representation of scenery, but also possessed profound philosophical meaning. It carried a moral message,” said Colin Mackenzie, Senior Curator of Chinese Art. “For the Chinese, landscape was a symbol of the natural way of things—a central tenet of Daoist philosophy—an escape from the corrupt world of official life, and an expression of the refined character of the artist. Confucious himself recognized that nature can be a moral force when he said that the wise take pleasure in rivers and the virtuous take pleasure in mountains.”

The Nelson-Atkins Museum is one of a very few museums in the world that can tell the story of the rise of this great tradition through paintings by major masters.

“For all of us who love landscape painting, the Chinese collection is truly wonderful, a real gem,” said Marilyn Stokstad, professor of Art History at the University of Kansas. “How fortunate we are to be living in, and near, Kansas City with its wonderful Nelson-Atkins Museum. Only such a museum could even think about a show like this one.”

The exhibition will be presented in four galleries in the Nelson-Atkins Building. Kirkwood Hall will display the hand scroll Illustration to the Second Prose Poem on the Red Cliff, attributed to Qiao Zhongchang. This painting is celebrated for its remarkable psychological insights into the famous Red Cliff poem composed by Su Shi (1037 – 1101), a senior contemporary of Qiao. A special interactive program on a sliding iPad can be moved across the scroll case, allowing visitors to engage fully with the cultural and historical background of this work.

In conversation with the Red Cliff is Xu Longsen’s monumental horizontal scroll The Law of the Dao is its Being What it Is, painted during six years from 2002–2008 and displayed in public for the first time. Almost 90 feet long and over 12 feet tall, this scroll will be positioned in a semicircle, immersing visitors in a dense landscape of mountains, forests and streams.

On the museum’s second floor, visitors can view Xu Longsen at work in his recreated artist’s studio, complete with the Four Treasures of the Scholar’s Studio (brush, ink, inkstone, and paper). Xu will be in residence for one week (February 8–15). Next door, in the Chinese Furniture Gallery, visitors can enjoy Xu’s smaller paintings together with his collection of scholars’ rocks. These naturally weathered and fantastically shaped stones were appreciated by Chinese scholars and artists who valued them more highly than statues or sculpture. Rocks were often regarded as miniature landscapes, so visitors can enjoy the resonance between them and the paintings.

From this gallery visitors can take a journey back in time to the Chinese painting gallery, in which are displayed eight famous paintings of the Song Dynasty (960-1279) and Yuan (1271-1368) Dynasties. These include the hanging scroll Solitary Temple Amid Clearing Peaks, one of only two works plausibly attributed to master Li Cheng (919-967), who was recognized by contemporary and later critics as a seminal figure in the rise of landscape; the majestic Fishermen on a Mountain Stream by Xu Daoning (970-1052), universally accepted as one of the greatest landscape handscrolls to survive from the Song period; stunning hand scrolls by the two most famous court painters of Southern Song (1127-1279)–Composing Poetry on a Spring Outing by Ma Yuan (act. 1189-1225) and Twelve Views of Landscape by Xia Gui (active ca. 1180—1224); Verdant Mountains, a rare surviving work by Jiang Shen (ca. 1090-1138), and Enjoying Fresh Air in a Mountain Retreat by Sheng Mao, (active ca. 1330-1369).