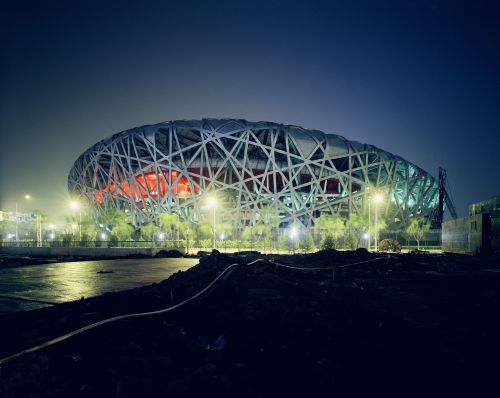 When Ai Weiwei was invited to mount a big solo exhibition at the Kunsthaus Bregenz one and a half years ago, no one could have foreseen the present situation. At the beginning of April 2011, Ai Weiwei was arrested at the Beijing Capital International Airport. Since then, up to the time of the writing of this text (May 2011), nothing has been heard of him. Neither his family nor his team knows where he is or how he is faring. No official charges have been brought to date. However, Chinese newspapers close to the government state that he is accused of economic offences and bigamy.
Similar charges have been made in the past to discredit undesirable critical cultural producers and condemn them to long prison terms. Many influential politicians, including the American President and the Foreign Ministers of Austria and Germany, have protested at Ai Weiwei’s disappearance, and leading intellectuals, Nobel laureates, and a large number of cultural producers have expressed support for the artist. Numerous art institutions have also organized actions and petitions in which the Kunsthaus Bregenz has also participated.
Given the current situation, we have often been asked in recent weeks whether the exhibition will take place. In our view, it is more important than ever right now to show Ai Weiwei’s work, not only because the Kunsthaus Bregenz show concentrates on his architectural projects and hence deals with a hitherto undertreated aspect of his extremely diverse oeuvre, but above all because we are convinced that it is necessary to keep interest in and discussion of this major artist’s work and his persecution by the Chinese state in the public eye. While Ai Weiwei’s exhibitions have met with
worldwide interest in recent years—at documenta 12 (2007) where he was one of the most noticed participants, or at big solo exhibitions/projects at the Haus der Kunst Munich (2009/10) and the Turbine Hall Tate Modern in London (2010/11)—his current detention prevents him from making any kind of public statement.
Although the Kunsthaus Bregenz exhibition was not planned as a reaction to current events, it is nevertheless important, because the works and their spatial layout were selected and conceived by Ai Weiwei himself in close cooperation with the Kunsthaus. From the start, the artist and we agreed that not only formal criteria and the cultural positioning of his architecture, but also its social and political significance, should be dealt with, despite the fact that past involvement in the specific Chinese situation, in Chinese society’s structural and urban problems, has led to his repeated repression by the
Chinese government. Two years ago, for instance, the artist received a serious head injury at the hands of the police while attempting to stand witness for a man who investigated into the collapse of school buildings that cost children’s lives during the Sichuan earthquake. The shoddy construction work that caused the accidents was attributable to corruption. Last year’s demolition of Ai Weiwei’s studio complex in Shanghai shortly after its completion was a further state attempt to pressurize and intimidate Ai Weiwei. However, the artist remained unswervingly critical and filmed the
demolition, creating a video work that is part of the Bregenz exhibition. We are also showing his well-known videos documenting the ring freeways of Beijing with static shots that give an eloquent commentary on the urban situation in the city.
The KUB exhibition concentrates on Ai Weiwei’s major architectural projects developed either by him and his studio or in cooperation with other architectural practices. The exhibition begins strategically on the first floor with architectural models, plans, photographs, and video documentations of specific building projects, then, on the next two floors, the concept of architecture becomes progressively more abstract. Alongside Ai Weiwei’s Shanghai studio, buildings jointly designed with the young Swiss architectural practice HHF are on show on the first floor. A highlight of the architectural collaborations is Ai Weiwei in his capacity as artistic advisor to Herzog and de Meuron for their famous Beijing stadium. We are also showing Jindong New District, not so well known as the stadium, but no less remarkable in its specific articulation, a collaboration planned by the Swiss duo in talks with Ai Weiwei. It was at the mediation of Ai Weiwei, who was initially engaged for the project, that Herzog & de Meuron received the commission for the growing city quarter of Jindong in the megacity of Jinhua in Zhejiang Province in south China. Ai Weiwei, however, gave priority to another collaboration with the Swiss practice in Jinhua itself, the birthplace of his father Ai Qing, a highly revered poet in China.
A spectacular new work produced for the exhibition and covering the entire second-story floor space of 500 m2 will be on show at the Kunsthaus Bregenz. The work’s hybrid aesthetic status alone—between an architectural model and a free work of art—makes it impressive. The work has its roots in the architectural cooperation ORDOS 100 (2008) when Ai Weiwei devised a masterplan for which he invited 100 young architectural practices worldwide to design single-family houses.
Moon Chest (2008) a work that was realized in relation to no specific building, is exhibited in a specially developed arrangement on the top floor.
Although the work is a classical, autonomous sculpture in the tradition of Minimal Art, its elongated rectangular forms instantly remind one of highrise buildings.
Should Ai Weiwei’s release not have occurred by the time the exhibition opens in July 2011, the Kunsthaus Bregenz will utilize the popularity of the exhibition to support the cause of the artist. A variety of solidarity projects are planned.