Crucial central government support announced today by the Minister for the Arts, Culture and Heritage the Hon. Christopher Finlayson is a critical step towards making the Len Lye Centre a reality.

Lance Girling-Butcher, New Plymouth District Councillor and Len Lye Committee Chairman, says the committee is delighted with the Minister’s announcement that the Len Lye Centre will receive support of $4 million over two years from the Government’s Regional Museums Policy for Capital Construction Costs. 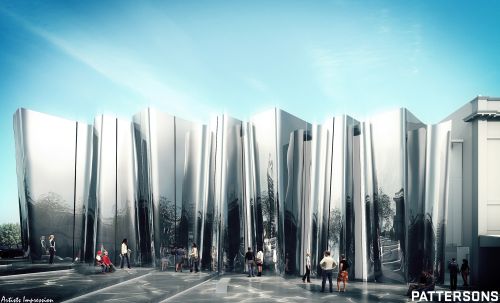 New Plymouth District Mayor Harry Duynhoven says Len Lye was an innovative and creative New Zealander who is internationally recognised for his groundbreaking work in film and kinetic sculpture.

After a rigorous nationwide selection process, internationally acclaimed New Zealand architectural practice Patterson Associates was chosen as the design architects for the building and will be working with local architects on the procurement phase of the project.

Mr Duynhoven says the project will have a positive impact on the region both in the short and long term.

Building of the Len Lye Centre, on the corner of Queen and Devon Streets, adjacent to the Govett-Brewster, is planned to start in late 2012, with the centre expected to open in late 2014.

Govett-Brewster Art Gallery Director Rhana Devenport says the Len Lye Centre will ensure that New Plymouth remains the world centre for the care, display, experience, research and development of the art and ideas of Len Lye.