African and Oceanic Art from The Barbier-Mueller Museum, Geneva: A Legacy of Collecting 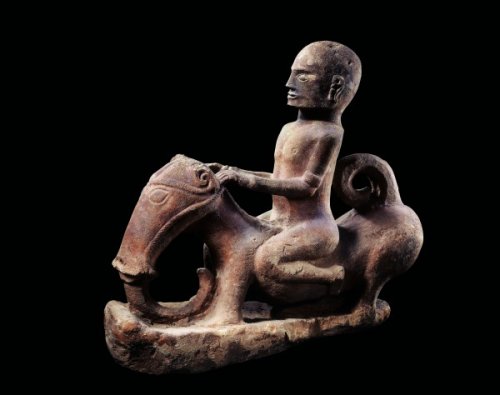 [ad#lb]
An exhibition featuring exceptional works of African and Oceanic sculpture selected from the extensive holdings of the Barbier-Mueller Museum in Geneva, one of Europe’s preeminent private collections of non-Western art, will go on view at The Metropolitan Museum of Art on June 2. Presenting more than 35 works—most never before seen in the United States—African and Oceanic Art from The Barbier-Mueller Museum, Geneva: A Legacy of Collecting will explore the wide spectrum of artistic creativity from two distinct regional traditions that have profoundly influenced world art.

The exhibition is made possible by Vacheron Constantin.

It was organized by The Metropolitan Museum of Art, New York, in collaboration with the Barbier-Mueller Museum, Geneva.

The Barbier-Mueller collection of African and Oceanic art was founded in the 1920s by Josef Mueller, a pioneering collector of modern and non-Western art, and is continued by his son-in-law and daughter Jean Paul and Monique Barbier-Mueller. Their desire to share the collections with a wider audience
culminated in the opening of the Barbier-Mueller Museum in Geneva in 1977.
Representing more than eight decades of their collecting, the exhibition will reflect the legacies of their connoisseurship.

African Art
Twenty-one works from western, central, and eastern Africa have been selected to illustrate both the range of the continent’s artistic creativity and the discerning eye of the collectors. Among these, an idealized female head in fired clay is a tribute to the art of portraiture developed by sculptors between the 11th and the 15th century in the ancient city of Ife, in present-day southwestern Nigeria. A series of iconic masks includes an exceptional work created by a Teke master (Republic of Congo), whose brilliant use of color, geometry, and symmetry ignited the imagination of artist André Derain, one of the previous owners of the work. The technical virtuosity and inventiveness of West African metalsmiths are epitomized by a magnificent Malian ornament of the 13th-15th century in the form of a male torso; this unique piece synthesizes miniaturized detail with bold abstraction.

Oceanic Art
The Oceanic works in the exhibition exemplify the breadth of creative achievement by artists from across the Pacific. They include figures, masks, and decorative art from Polynesia, New Guinea, the Solomon Islands, Indonesia, and other regions, in media ranging from wood and stone to more fragile materials such as bark cloth and delicately carved turtle shell. Among the works on view is a boldly carved portrait of a chief from the Batak people of Sumatra, mounted on a fantastic creature, which served as a supernatural guardian. Other highlights include a rare wood sculpture from Easter Island that once belonged to the pioneering modern sculptor Sir Jacob Epstein and a stunning female figure from the Micronesian island of Nukuoro remarkable for its elegant lines and strikingly minimalist conception of the human form.

The exhibition will be accompanied by a catalogue.

African and Oceanic Art from The Barbier-Mueller Museum, Geneva: A Legacy of Collecting is organized by Alisa LaGamma, Curator of African art, and Eric Kjellgren, Evelyn A. J. Hall and John A. Friede Associate Curator of Oceanic art, in collaboration with Yaëlle Biro, Research Assistant for African art, all in the Metropolitan’s Department of the Arts of Africa, Oceania, and the Americas.
Exhibition design is by Michael Batista, Exhibition Design Manager; graphics are by Emil Micha, Senior Graphic Design Manager; and lighting is by Clint Ross Coller and Richard Lichte, Lighting Design Managers, all of the Metropolitan Museum’s Design Department.